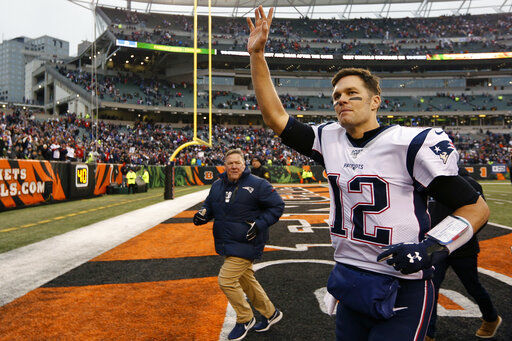 Tom Brady has left the building! Where do we go from here?

The news hit the fans of the New England Patriots like a ton of bricks – Tom Brady is leaving! Since the end of the season died in January at the hands of the Tennessee Titans, the Brady watch had begun. Speculation of “will he stay, or will he go” was the top subject matter on virtually each news/sports station every day since. The overwhelming answer (hope) was that he and Bill Belichick and the Kraft family would reach an agreement at the last minute. The thinking was that Tom was angling to get more talent around him, or that after years of doing things the “Patriot way” and do what was best for the team by not demanding that more financial consideration should be made to the quarterback, Brady will fall back into line and sign. Then all will be right in Patriots Nation.

The 42-year-old Brady surprised everyone when it was announced that he was going to leave The Patriots and seek that last payday that the Patriots were never going to give him. So, Tom terrific is heading down to the Tampa Bay Buccaneers, where the weather is sunny, warm, and bright every day.

Leaving one of the most storied franchises in the hands of rookie quarterback Jarrett Stidham and Cody Kessler, both who played very limited under the G.O.A.T., and so now the questions begin – did Brady overreact?  Early reports say that he will get a two-year contract for $80 million dollars. It’s safe to say that he is going to make out okay. By signing Brady, the Buccaneers are committing themselves to a financial obligation that will not only pay off the Quarterback, but they now must provide him weapons. If history is any indication, the Buccaneers will go all-in in the next two years, like Denver did with Peyton Manning, or Kansas City did with Joe Montana, or the Jets and Vikings did with Bret Favre.

For the Broncos it worked out well with a Super Bowl win, but not so much for the other franchises, and in the case of all three quarterbacks, they ended up with injuries that ended their careers. After years of being also-rans the Vikings haven’t made much progress, the Jets have fallen flat every year since, the Broncos after winning the Super Bowl (thanks largely because of their super defense), and it took the Chiefs and Andy Reed and Patrick Mahomes years to get back on top.

It is true that here, in New England, we love Tom Brady! And we wanted him to retire as a Patriot, and he will. In two years, he will sign a one-day contract with the Patriots and retire, mark my words. But for now, Patriot Nation is hoping that Jarrett Stidham will step in for the legend and lead the team to the promised land. Given his small sample size of play this past season, it’s doubtful that lightening will strike again and have this young upstart come in and fill the shoes of a larger than life quarterback, as Tom Brady did when Drew Bledsoe left some twenty years ago.

As Patriots fans, we have been on top of the NFL for a long time, and we knew this day would come. Now we wait to see how Stidham will react under the pressure of replacing TB 12; we wait to see if Bill is as good of a coach that he thinks he is, and if the Krafts can stand with their coach if 14-2, 13-3 and 12-4 seasons that end with a parade, become 2-14, 3-13 or 4-12 seasons and the fan base leaves the stadium empty.

The funny thing about Patriots fans is although we have been spoiled over the last twenty years with divisional, conference and 6 Super Bowl titles, however, there are still many of us who remember the days that the Patriots were called the Patsys or a joke in the NFL, we been there and done that and we do not want to do that again! It’s not fun and it’s something that we are not looking forward to. If history teaches us anything about the great franchises in the NFL, it’s that it takes many years to get back to the top. We will see how good Bill Belichick truly is without Brady at the helm of the offense. The fans fear that dark days are ahead for the Patriots, but for now, “in Bill we trust.”

As for Tom Brady, thank you for your service and we wish you well and safe trips on the playing field in Florida, and remember that you are on loan, you belong to us and you will be a Patriot forever. We look forward to the time that we celebrate Tom Brady Day at Gillette Stadium and they retire Number 12 – forever.