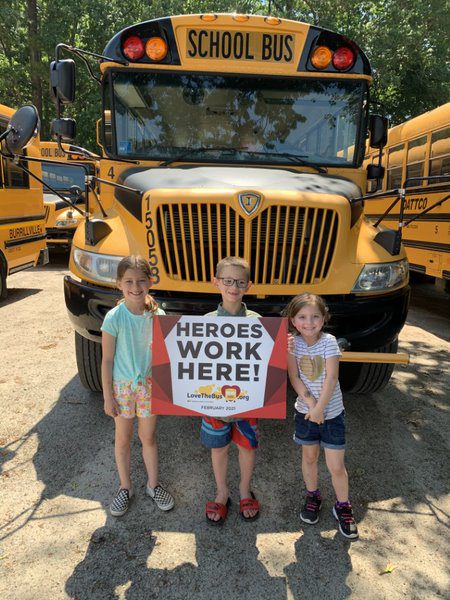 What started as a single bus route by founder Louis DeVivo in 1924, DATTCO, and officially established in 1949, is now a third-generation, family-owned business. Today, DATTCO is one of the region’s largest private school bus contractors, employing over 1,600 people. The company is headquartered in New Britain, Connecticut, but has multiple offices, terminals, and service facilities throughout New England, with an expanding presence in Rhode Island.

DATTCO has two existing facilities in Burrillville (serviced since 2015) and North Smithfield (serviced since 2014) and was recently awarded portions of the Rhode Island Department of Education (RIDE) contract transporting special needs students across several communities.

The Company has immediate openings for school bus and van drivers as well as aides and monitors for routes in Burrillville, Glocester, Foster, Scituate, Coventry, West Greenwich, Exeter, North Kingstown, South Kingstown, Hopkinton, Richmond, Charlestown, and Narragansett. Free training will be provided to obtain a commercial driver’s license. If you are interested in a career with DATTCO, apply now at www.DATTCO.com/jobs.

The peace of mind DATTCO aims to bring to its riders and their families starts with safety. Parents want to know two things: ‘Is this a safe bus?’ and, ‘Is this is a reliable driver?’ DATTCO has a strong reputation for safety and reliability throughout the region. The Company’s excellent safety record is built on a comprehensive and ongoing driver-training program developed by our dedicated Safety Education Department. Their fleet is held to the same stringent safety measures. The preventative maintenance program includes frequent and thorough vehicle inspections and timely repair of operational defects.

At DATTCO, all employees are encouraged to take the Safety Starts With Me pledge to prioritize safety in every facet of their job. This theme is the foundation of what the safety training and education are built upon. This mantra is seen and heard across all locations. Many of their drivers have been recognized in recent years for their commitment to keeping their student passengers safe. In 2018 DATTCO received the International Motorcoach Group’s prestigious Safety Award. And, in 2019 DATTCO was recognized nationally by the American Bus Association’s School Bus Council as the Private Contractor of the Year.

The Company places great emphasis on putting the best, brightest, and most reliable drivers behind the wheel. They seek people who are not only dedicated to safety first but who love kids, are happy and easygoing, and get along with parents and teachers. In addition, DATTCO focuses on employing people local to the service areas. Local people know the culture of an area, the people, the towns, the roads, and their kids are often in the schools they service. To further ensure the hiring of excellent drivers, the Company has several tests and qualifications for applicants, such as background checks and drug and alcohol testing.

Of course, school bus and van drivers, as well as their monitors and aides, play critical roles in their student’s school day. They are the people, aside from parents, who children see first and last in their school day. In addition, they are responsible for getting these students safely to school on time each day.

Rose Shaw started driving for Burrillville when her kids were in school as a way to keep busy, but it quickly became what she calls ‘her perfect job’ not only because she had the same schedule as her kids but also because of the bond Rose created with the students she transports. “Your bus kids become part of you; you watch them grow and mature. You even drive their kids to school too – yes, I’m on my 2nd generation. You care for them and about them,” explained Rose.

Rose describes the lasting impressions she has made on her bus kids, “you see them years later at a blood drive or the supermarket, and they remember you, and you catch up with their lives. Some wonder how I put up with them,” she shared with a laugh. Twenty-eight years later, Rose is still driving the same route and says, “I will be here a while longer; driving a school bus is still my perfect job.”

Come for the job – stay for the sense of family, too

When you visit one of DATTCO’s yards, you’ll notice smiles abound! Employees love working for DATTCO and most remain with the Company for several years, even decades. At their North Smithfield yard, Rachel Normandin, Pamela Henault, and Heidi Lachapelle have been driving for DATTCO for 15, 16, and 22 years respectively and they described the biggest perks of the job are finding true friendship among their co-workers and being part of a big family. They enjoy their job so much that they have even recruited their own adult children and relatives to work for the Company as drivers and monitors. Across the many DATTCO school bus yards, you’ll find big, happy employee families boosting each other up when they are down, celebrating holidays and birthdays together, and rolling up their sleeves, and pitching in to help each other and their community. These are groups of nurturers at heart and take great care of each other, just like the students they transport. When you become a school bus driver at DATTCO, you become part of a kinship where everyone is dedicated to and proud of the vital work they do.

Contact DATTCO at: www.DATTCO.com/jobs to see what openings are best suited for you and to learn more about this unique career.