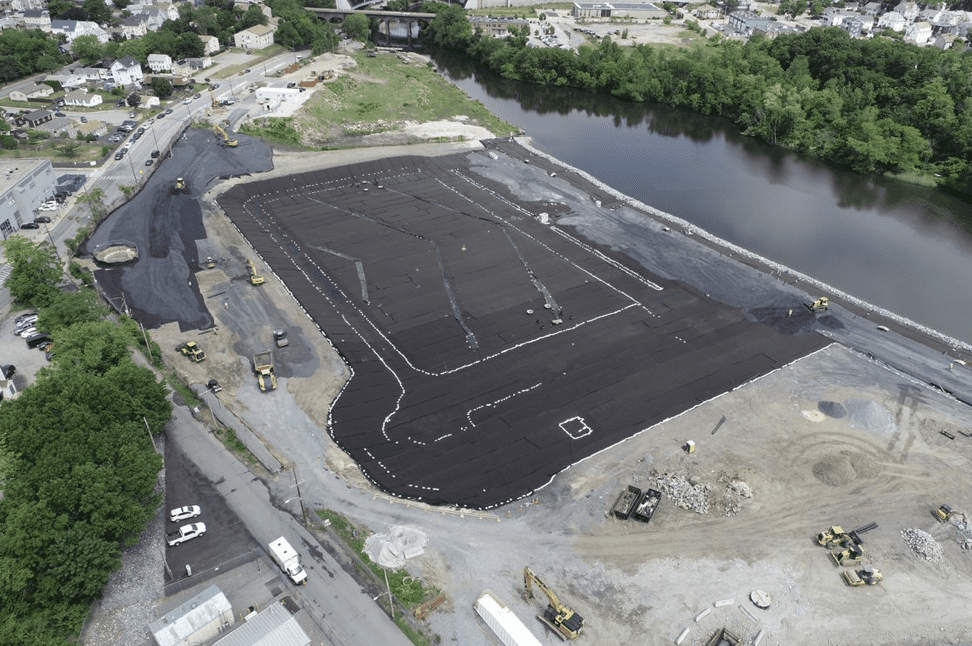 NEW: June 10, 2022 – Speaker Shekarchi said that there has been no formal application to the state for funding support. He said if there is, it will need to go through the Finance Committee and the standard route of applying for support.

“We are pleased that the Commerce board will meet Tuesday to consider the updated terms presented by the City and Fortuitous. Based on lengthy discussions between the state, city and Fortuitous, the proposal envisions a city and state share to address the public gap with $20 million financed by the state and $10 million financed by the City, which would be financed through the already approved SuperTIF legislation passed in 2019.

In the new arrangement, Fortuitous has also agreed to: Pay additional property taxes to the City that would allow the public sector to recoup some of their investment;Enter into a profit-sharing arrangement with the city and state, a step that is almost unprecedented in the United States.
The City-Fortuitous proposal also includes provisions that remove uncertainty in later phases of the project that would hinder the critical housing and retail phases of the project from proceeding.

We look forward to continuing to act in good faith, discuss the proposal with the Commerce Board on Tuesday, and ultimately receive a vote to continue the progress and make Tidewater Landing a reality for the residents of the City of Pawtucket and the State of Rhode Island.”

The City of Pawtucket and Fortuitous Partners have committed to this $350 million plus, highly anticipated, multipurpose development in Pawtucket. We have provided a concrete proposal to address unprecedented construction cost escalations due to global supply chain issues and sharp inflation. We made the State aware of these cost escalations in March of this year, and have been working with Governor McKee and the CommerceRI team, led by Secretary Stefan Pryor, to give us a commitment to make the Tidewater Landing project a reality.

After the loss of the PawSox, City and State leaders worked together to create a Tax Incremental Finance (TIF) district in 2019 to enable the City of Pawtucket to attract game changing economic development opportunities. It was ultimately approved by the General Assembly and signed into law by Governor Raimondo. Tidewater Landing, is just that, a game changing project for our city.

Faced with a project financing gap of over $30 million, created by construction cost increases due to the pandemic and inflation, Fortuitous is investing an additional $25 million of private capital.  These costs are only for the stadium and do not include the wrap-around projects, housing, and retail.

We have repeatedly explained our strong support for utilizing the TIF, a tool already approved by CommerceRI which splits the responsibility of the funding between the State and City with 80% on the State and 20% on the City. There is more than enough capacity to handle inflationary costs this project is experiencing without placing any burden or risk on taxpayers outside of the district.

The State, through CommerceRI, continues to invest in communities like Providence with projects such as the Superman building. Pawtucket is the 4th largest community in Rhode Island and a part of the Blackstone Valley, and deserves the same focus.

I am calling on Governor McKee and Secretary Pryor to approve our package of $25 million in additional private investment from Fortuitous Partners and the use of our TIF authority so we can get the Tidewater Landing multipurpose, major development done, and unlock this project’s full economic potential for the City of Pawtucket.

Pawtucket deserves the tools to complete this development and the State needs to commit to Pawtucket and the Blackstone Valley.

Pawtucket has stepped up so much to make this project a success for Rhode Island, from the Mayor and the City Council to the PRA and Pawtucket’s taxpayers.

Fortuitous is putting $25 million more into this great development. It’s time for the State to step up and do its part to get this project moving. Let’s get shovels in the ground now.

I’m writing today with a quick update on the status of Tidewater Landing.

The progress that’s been made to clean up and redevelop the Pawtucket waterfront is truly amazing. Anyone driving by the site or along 95 in Pawtucket will be astonished by the transformation.

The world is very different than it was when we first announced Tidewater Landing in 2019.

Despite the once in a lifetime global pandemic, COVID supply chain impacts, spiking oil and gas prices, a war in Europe and rampant inflation Fortuitous’ commitment to Tidewater Landing has not wavered. The reality, however, is that all these things have caused the cost of the stadium to increase from $83 million to $124 million. In response, we worked with our construction partner Dimeo to cut costs, realizing tens of millions of dollars in savings.

At the same time, Fortuitous is also stepping up its investment in the project – over and above the $15 million we’ve already spent.

We are doubling down on Tidewater Landing.

While we have asked our City and State partners to increase their investment, I am pleased to be able to say that despite historic inflation, public investment in the project still remains within the $70 to $90 million range we projected when we announced Tidewater Landing two and half years ago. Further, financing for the project will be supported solely by taxes and other revenues generated strictly in the area around the stadium.

Tidewater Landing will be even more than a home for Rhode Island’s own professional soccer team – it will be a destination entertainment location. At the same time, in the midst of a serious housing crisis, it will also create hundreds of units of residential housing for Rhode Island families, the first new large scale residential development built in Pawtucket in years.

Our commitment to Tidewater Landing is bolstered by the incredible support we have received in countless community meetings over the past two years. It’s clear this project is needed in the Blackstone Valley and will be a tremendous source of civic pride for all Rhode Islanders.

It’s also clear that our initial vision has resonated with Rhode Islanders who are excited to root for a professional sports team they can call their own. We look forward to continuing to work with our partners to make this exciting, transformative project a reality.

Now, let’s get this done!

Thank you for your support,