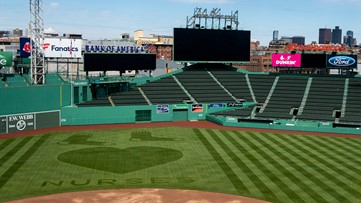 The time for sports not to be defeated, but to be creative

Back in mid-March when the world of sports suddenly shut down little did we know then the far-reaching effect that Covid-19 was going to have on our everyday lives. In March, this virus did the unthinkable for sports, it stopped it all – dead in its tracks!

The winter sports season was just beginning to wind down, with playoffs starting up. Youth sports, school sports, and college all had their landing gear down, and ready to touch down and finish a successful winter sports season on a high note. The NBA and NHL were cruising into the playoff season that was to start a few weeks later. Baseball, softball, and all spring sports were about to fire up. The winter weather, locally, was mild, and with spring about to begin people were generally looking forward to an exciting time of the year, the time when everything indoors switches gears and we all head outdoors to the fresh air and the warmth of the season -it was only weeks away from beginning.

Then it hit from out of nowhere, the name of the virus that stopped the world as we knew it. Call it what you may, the Coronavirus or Covid-19 or whatever else you choose, but this virus quickly went worldwide and became a pandemic. The virus did something that no one could foresee, it stopped the world of sports. In the worst of times in this country, sports always continued in some fashion – always gave us a diversion to take our mind off wars, bad economic times, even disease. But not this time.

Youth sports stopped, the end of the high school winter season shutdown with no warning, and all professional sports were put on hold until this crisis “passes over” and the plan was to resume as soon as it could, thinking that it would only cause a couple of weeks of inconvenience. Well, two weeks has turned into over two months and continues to keep sports, at every level, closed.

The term “new normal” has been the common term that everyone has come to use to describe what is ahead for each of us until the pandemic is defeated or under control. The experts predict that this may not occur for at least a year to two years. A lifetime for any sports crazy fan, not to mention the effects that the virus has had on everyday life. However, this is a sports column and our focus is on the world of sports.

What was first thought of as a minor interruption of our sports world soon became REAL in a way that was never thought of in mid-March. It started with the announcement from the Rhode Island Interscholastic League, stating that the spring sports season was cancelled, and after that all spring sports were shut down until further notice.

As the days turned into weeks, and then into months, and now into one long undetermined timeline, the hope that the summer will start a new outlook and we will return to an altered world that will, in some way, include sports.

As June approaches, professional baseball has not begun, all children’s sports have been canceled altogether, our world has really changed, and has been rocked. New social distancing rules have been put in place which casts a shadow of doubt on the immediate future of sports as we knew them, and how sports will proceed until this virus is neutralized. Unless we can become creative and figure a way to continue to feed our craving for sports while staying safe. Annual sporting events such as the Kentucky Derby and the Masters, golf’s holy grail, has postponed their dates and relocated them to September in hope that this crisis will be under control by then, and they can still hold these events with a minor inconvenience.

But for now, and with a “where there is a will there is a way” spirit, sporting events have come up with ways to still compete. Horse and dog racing are happening without spectators in the stands, in Korea, baseball is being played again without fans in the stands, and recently the PGA conducted a made for TV golfing event that had four professional golfers play an 18-hole round of golf for charity. This “Skins” game was set up where the two teams would compete for victory of each of the 18 holes. Each team was playing for different charities and the money accumulated was donated to those charities. But more important the event was televised and brought live sports back into the living rooms of sport starved fans. Not to be out done, NASCAR held a race without any fans in the stands. As odd as it was not to hear the roar of the crowd, the message was clear, sports were coming back, and going to continue.

The ray of hope has been lit and the sports light at the end of the tunnel is increasingly getting larger. Major league baseball (MLB) is determined to have a season, even if it’s shorter than normal and has a different look to it, and most likely without fans in the stands, but a season is on the brink! The NFL is going full speed ahead with plans for the 2020 season as well. School and college sports are figuring ways to come back in the fall. Yes, sports as we knew it is going to be different – for now, but so is our world, and we will adapt and be creative and not be defeated.

We have the PGA and NASCAR and yes, Korean baseball, to thank for being the test subjects and show us that sports can go on, even for now if it’s a little different from what we’ve known, but more importantly it shows us that all is not lost and we can get to the other side of this and rather than get defeated – we get creative!