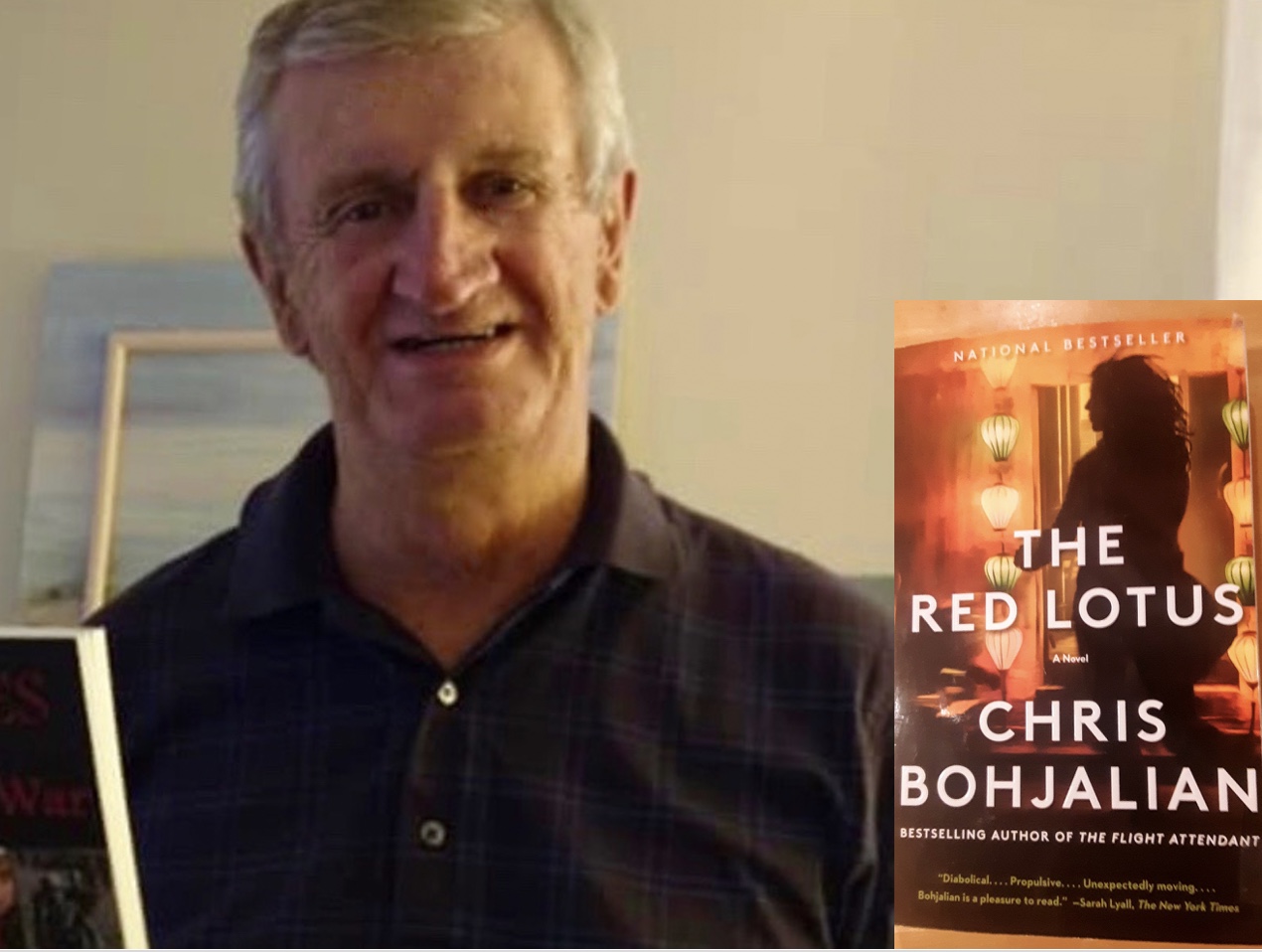 The Red Lotus – a book review by Jim Raftus

Publication dates can be very serendipitous. Chris Bohjalian’s twenty-first novel, The Red Lotus, was released on March, 17, 2020 just as New York City was shutting down for the first time because of Covid-19.

Gotham’s population of approximately 2,000,000 rats and their potential as pathogen carrying instruments for a pandemic virus serve as an unsettling background for The Red Lotus. Of course Bohjalian penned this work well prior to the first cases of Covid-19 being discovered in China. His plot was early prescient.

The Red Lotus is a fictional braiding which twists together romance, mystery and horror.

A New York emergency room doctor and her new romantic interest venture through present day Vietnam on a small guided bicycle tour when tragedy strikes. A horrendous accident ends the revelry. But, was it an accident and did the doctor’s partner have an ulterior motive for visiting Vietnam?

In discussing his writing, Bohjalian has recently mentioned discovering an old spiral notebook of stories he found under his deceased Father’s bed. The notebook contained stories Bohjalian had written in the 3rd and 4th grade. In re-reading them Bohjalian tells us he found, “Two things that would resonate in my novels as an adult; heartbreak and dread.”

The Red Lotus serves up a healthy dose of both emotions as its plot careens from the bucolic steaming hamlets of contemporary Vietnam to the daily mayhem of a New York emergency room to the dark corridors of greed and corruption found in the world of clinical research and pharmaceutical competition.

Although the Vietnam scenes are of modern times, there are poignant flashbacks to the horrors of the war. A long forgotten anti-war troop protest on Thanksgiving Day of 1969 describes the one day hunger fast undertaken by 200 soldiers who served in an Evacuation Hospital at Pleiku. These soldiers sent an open letter to President Nixon describing “…a senseless war that cannot be won”.

The instantaneous damage and death caused by napalm and the delayed insidious long term affects of Agent Orange are also skewered as weapons of mass destruction. Agent Orange was banned in 1971, but new forms of lethal weapons and modes for their transmission have been surreptitiously explored for decades and form a frightening core to the plot of The Red Lotus.

Bohjalian’s most recent novels have featured females as the main characters. Dr. Alexis Remnick continues this trend in The Red Lotus. The author creates women who have serious flaws but overcome them to carve out successful careers. Alexis has seemingly escaped her prior penchant for cutting, but the self inflicted scars remain on her abdomen and upper thighs. She still, however, carries her cutting kit with her. She is uncertain if she does this as a reminder or for a just in case scenario. The cataclysmic events which spin down from her disastrous Vietnam vacation tests her resolve to never again resort to self laceration.

Bohjalian propels the story forward with the skills and craftsmanship honed by a long and varied writing career. He wrote a weekly column, “Idyll Banter”, for the Burlington Free Press from 1992 through 2015. His 3rd novel, Past the Bleachers, was made into a Hallmark Channel movie in 1994. His novel, The Flight Attendant, which precedes The Red Lotus, premiered as an HBO show in November of 2020. Continuing this trend, The Red Lotus is currently in development for a television treatment.

Clearly Bohjalian can spin a yarn. A caveat for readers who tend towards paranoia or are hypochondriacs, The Red Lotus may be unsettling.

Especially in the midst of a global pandemic.