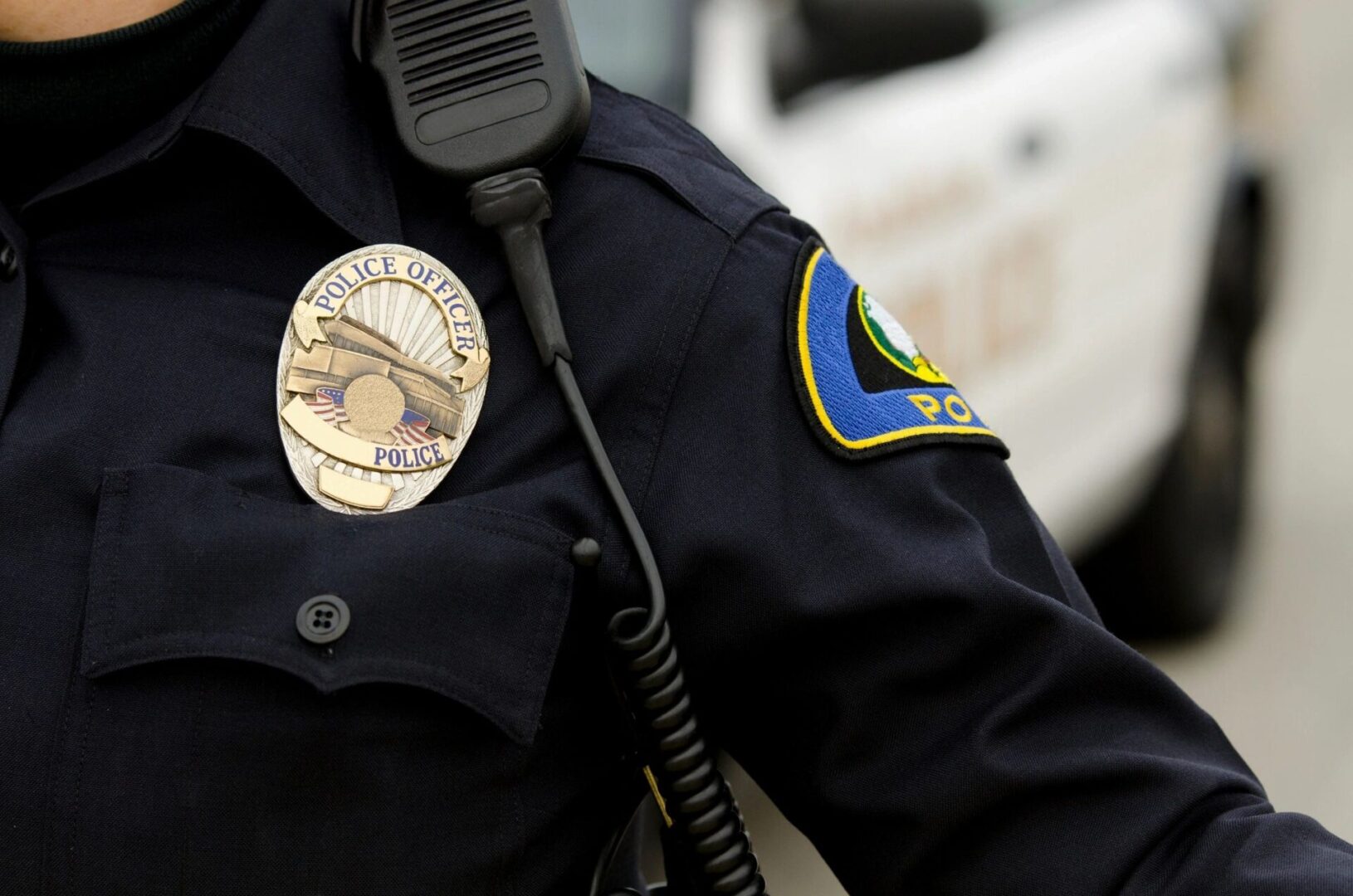 The Police need the Community need the Police

From national legislation underway to amend police enforcement techniques such as eliminating the choke hold and regulations on use of deadly force, to local efforts to support the police, defund the police, self-regulation efforts, and strife with city leadership, the police were in the news moreso in the last 48 hours than ever before. Here’s a capture of just one day’s news.

As efforts to recruit more minority police officers are called for so law enforcement look more like the community they police, it is a challenging time to recruit any to join the ranks at this time. Departments have seen applications plummet, begging the question, as posed by the Wall Street Journal in a recent editorial, “what happens if men and women of character and ability conclude that being a police officer just isn’t worth it?”

Wednesday night, the Providence Fraternal Order of Police took a vote of no confidence in the Mayor of Providence, Mayor Jorge Elorza (382 to 13), and in Providence Public Safety Commissioner, Steven Pare (385 to 10). They also voted to condemn statements made by Elorza and the Providence City Council President, Sabina Matos. The main incident was the stopping of a Providence Firefighter and the turning off of a body cam during the incident, but issues having to do with equipment and lack of support for the department and officers were detailed.

Matos, who was called out for her support of cutting the Providence Police budget, later donated prior police union campaign contributions to a local charity, while saying she wants to work with local law enforcement leaders.

Thursday morning, at the Cranston Police Department, the 48 chiefs of all Rhode Island’s police departments gathered to hold a press conference to announce the “Twenty for 2020” Campaign. The unanimous campaign, to be participated in by all departments includes 20 steps to address the issues of systemic racism and problems in the criminal justice system, called “twenty promises to all Rhode Islanders from their Police Departments”. After brief addresses by several police chiefs followingChief Sid Wordell, the Executive Director of the RI Police Chiefs Association, each police chief came up to a desk and signed her/his name to the “Twenty for 2020” document of promises and policy changes.

The Twenty for 2020 Campaign is a list of promises and policy amendments set by the collective body of police chiefs. Among those promises are commitments to open book policies and procedures, better communication with the public and further training on diversity, implicit biases, and procedural justice.

“We understand that our words do not carry any meaning unless they are followed by actions. Our hope today is that the promises we are making to our communities will be just the start of a longer, sustained action toward greater police legitimacy in the eyes of the people we serve,” said Lincoln Police Chief Brian Sullivan, president of the Association. “At the same time, we defend and stand up for the profession of policing, and we support the good, hard-working women and men who choose to dedicate their lives to helping others.”

An acknowledgement about the realities of police brutality in the world:

“The police of Rhode Island denounce the actions of police officers in Minnesota, who committed or were party to a murder, through their actions and inaction. We mourn the deaths of George Floyd and every other person killed by police brutality. In Rhode Island, we take an oath to protect life. We abhor the senseless taking of another person’s life, especially at the hands of police officers. We acknowledge that the criminal justice system requires reform at all levels to make it more fair to all persons, especially persons of color.”

Defending the profession of policing in Rhode Island:

“The police chiefs of Rhode Island stand up for and defend the profession of policing. Those seeking to de-fund the police are seeking to take funding away from police departments and invest it elsewhere, but this argument fails to account for the changes to our profession that have already occurred. Just as firefighting has evolved over the years—beyond the extinguishing of fires, to a heavy focus on emergency medical services, prevention/safety, and rescue—the profession of policing has evolved beyond arrests and investigations. Today, modern police departments employ social workers, jail diversion coordinators, youth outreach workers, and recovery coaches as police, nationally, have been leading the fight against the opioid epidemic. We support a dialog on increasing social services and creating new programs at all levels of government, but to cut police funding today would hurt vulnerable citizens immediately.”

“Police in Rhode Island are rigorously trained. We are not trained to use choke-holds to aid in the apprehension of a suspect, and our statewide Use of Force Policy specifically bans choke-holds and strangleholds. We do not train to place a defenseless person on their face where they can’t breathe. The Rhode Island Police Chiefs’ Association will ensure that this training is emphasized in every agency.”

The Police Chiefs of Rhode Island also commit to meeting, and in many cases, exceeding the 8 Can’t Wait use of force principles. This includes “Duty to Intervene,” which is already included in the statewide Use of Force Policy. Every police department in Rhode Island shall train each of its officers on the following principles: De-escalation, Implicit Bias, Procedural Justice, Police Legitimacy.

Every police department in Rhode Island supports the right of all people to peacefully assemble and protest. The people of Rhode Island should feel safe and secure assembling peacefully and petitioning their government agencies without fear of reprisal, intimidation or undue aggression from police. Rhode Island Law Enforcement agencies will uphold the constitutional rights of those engaged in peaceful and lawful protests. Agencies will avoid using provocative tactics and equipment that undermines civilian trust.

Every Police Department in Rhode Island pledges to respect and uphold the right of journalists and the news media to do their job and perform their duties without fear of unlawful arrest or harassment from police. All Police Officers in the State of Rhode Island shall provide their name and badge number at anytime if requested.

Public Policies: Every police department in Rhode Island shall post their Use of Force, Use of Force Reporting, Complaint Processing, and Bias Based Policing Prohibition policies on their respective department websites and on the Rhode Island Police Chiefs’ Association website so that the public can view and access these policies anytime, without filing a public records request.

Every police department in Rhode Island shall create a form on its website for citizen feedback and complaints, which will go directly to the Chief of Police or the Internal Affairs office of the agency. All complaints, including anonymous complaints, will be investigated. Every police department in Rhode Island will explore the creation and implementation of a verified Facebook page and Twitter account subject to any legal restrictions or municipal or university policies. All Rhode Island Police Departments will post a link on their website to the Department of Justice’s Civil Rights Reporting Portal, a new online tool to make it easier for the public to report a civil rights violation.

Wellness: Every police department in Rhode Island commits to a police officer wellness program that supports physical and mental health and will work with the RIPCA to standardize such a program.

Social Service Mutual Aid: The Rhode Island Police Chiefs’ Association shall establish a database of community service, social service, youth service, social workers, recovery coaches, and specialty service providers in each police department in the state. The database shall be made available to all law enforcement agencies to ensure “mutual aid” of specialty resources whenever they are needed.

Uniform Use of Force Reporting Procedures:

The Rhode Island Police Chiefs’ Association commits to develop and implement a statewide, uniform excessive use of force reporting system.

Every Police Department in Rhode Island will host an open forum four times per year, starting on Zoom or a similar online platform and moving in-person as COVID-19 public health guidelines permit. Whether in a formal auditorium setting or “Coffee with a Cop” all will be welcome and police officers and police chiefs will answer questions from the community.

The Rhode Island Police Chiefs’ Association commits to the creation of a standardized outreach process for recruitment by municipal departments in order to reach new communities of individuals and to diversify its ranks.

Every Police Department in Rhode Island shall incorporate training resources or book a speaker from a social justice/community relations organization at least once per year in order to strengthen law enforcement relationships with the communities they serve. In addition, the Rhode Island Police Chiefs’ Association shall conduct annual hate crimes trainings from social justice/community relations organizations like the ADL New England at least once per year. Individual agencies shall welcome speakers from other local, regional and national cultural or advocacy organizations.

Every Police Department in Rhode Island shall review the NAACP’s “Standards Every Law Enforcement Agency Should Have” and seek to incorporate the standards into their policies and procedures.

The Rhode Island Police Chiefs’ Association shall maintain an open library on its website including: Training resources, Diversity and bias resources. Research and scholarly works on criminal justice and Downloadable resources for police departments to ensure consistency of knowledge across agencies in the state.

The Rhode Island Police Chiefs’ Association shall seek to have chiefs and officers trained as instructors through the RITE Academy, or other program with similar curriculum, with the intention of training the entire police department on cultural bias and implicit bias.

Announcing that the organization is undergoing a reform, The Rhode Island Pride Board of Directors says it has looked internally and created six focus areas to begin the process of reform within their organization. It lists these six reforms:

Rhode Island Pride pledges to dedicate resources to fight systemic racism in all institutions within Rhode Island including, but not limited to, police departments, local governments, and community businesses.

There are to be no uniformed or visibly armed police officers, or their vehicles, participating in the Rhode Island Pride Illuminated NightParade. This extends to all law enforcement officers and agencies.

All corporations and for-profit entities wishing to participate in Rhode Island Pride events must display a consistent and direct culture of supporting the LGBTQIA+ community and support racial justice reforms in government and law enforcement. This includes releasing a record of all political campaign contributions and a review by our Vetting Committee.

The Gay Pride Rhode Island Illuminated Night Parade, originally set for June 20th, was not held this year due to the coronavirus, but on June 27th, at 5pm, there will be participation in the virtual Global Pride 2020.

Attleboro residents rally for support of their local police

(Photo, story, The Sun Chronicle): Dozens of people gathered at the downtown Veterans Memorial Common on Thursday night to show their support for police.

The event drew about 100 people in all and was organized by former city councilor and current congressional candidate Julie Hall. There was a small contingent of Black Lives Matter protestors as well.