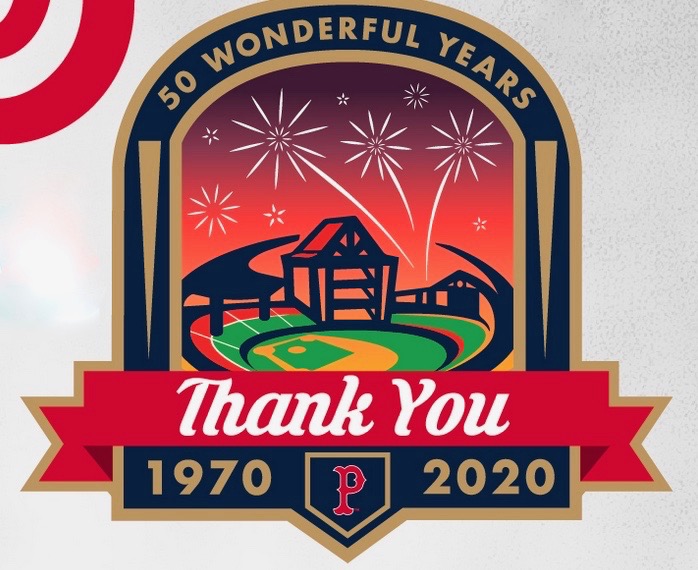 The PawSox – One More Time For All The Old Times

It was back in 1975 a singer song writer Melissa Manchester wrote a song called Midnight Blue that had this lyric “I think we can make it, one more time. If we tried, one more time, for all the old times”. That is what the 2020 Pawtucket Red Sox are hoping for as they enter the final season at McCoy Stadium after 50 years of calling Pawtucket, Rhode Island home.

Tickets for the final season went on sale back in January with the hopes that their faithful fans will remember the old times, when they were children coming out to see their first professional baseball game and then bringing their children and their grandchildren. Including this writer, as a Yankee fan, my first professional baseball game was at McCoy Stadium and I screamed.

I yelled and cheered for our Pawtucket Red Sox as everyone else did that night. They were our very own hometown team; how can you not cheer for them? That tradition was handed down for 50 years. So, hearing the news that tickets are on sale for the last season, you can’t help but go back in time.

To their credit, the PawSox realize this is going to be a bittersweet season for everyone, but they are determined to make it one few will forget. The home schedule is to kick off on Thursday, April 9th. There will be either a giveaway or promotion at every home game. “The theme of the 2020 season will be celebration of all things PawSox”. Longtime PawSox Vice-Chairman Mike Tamburro said. “We are planning historic events, promotional nights, and having legendary players come back to McCoy. Of course, we will have our iconic fireworks display after each Saturday night game – on July 3rd,  leading up to the 4th of July holiday, on August 14th and the night before Labor Day, and on September 6th the final home game at McCoy.”

In addition to offering the lowest ticket prices in all of Triple-A baseball, this season the PawSox are still offering tickets for $6 for children and adults and $9 for adults, in advance, for the 6th year in a row. Ticket prices will vary for field box seats and Reserved box seats and special discount tickets will again be offered at a low price for seniors, veterans and active duty military members. There will be savings for group ticket sales and the popular mini plans will be available. There are multiple options including 18-game weekend mini-plans, 7-game Fireworks mini-plans, and various 3-game mini-plans, including the “McCoy Memories” mini plan that will include Opening Day (April 9th), July 3rd Fireworks game, and the final regular-season game at McCoy Stadium on September 7th.

Other popular giveaways include replica jerseys of David Ortiz, white Red Sox home jersey (May 29th), Xander Bogaerts, red PawSox jersey (July 31st) and Nomar Garciaparra, blue PawSox jersey (tentatively scheduled for August 1st). The longest standing traditional item in PawSox history, a PawSox cap, featuring the new “Thank You McCoy” logo will be given away on Jul 19th. Traditional collectables such as the 2020 Team Poster, the All Time Team Card set and Stadium replica giveaways, as well as special poster and memorabilia giveaways throughout the entire season.

This season the PawSox will host legendary figures from the past five decades of PawSox baseball. On June 23rd when the PawSox host Rochester, there will be a salute to The Longest Game in Professional Baseball History (the same two franchises that hooked up the same day in 1981 and played the final inning of the 33-inning game at McCoy), which was won by the PawSox 3-2. The perfect games thrown by Tomo Ohka (2000) and Bronson Arroyo (2003) will be remembered as well as several other legendary PawSox alumni and iconic McCoy moments will be honored all season long.

It is often said in sports that you can win with class and lose with style – this season the fans will have the choice of staying at home and sulking at the thought of losing their beloved PawSox, as they play their last season at McCoy Stadium, or they can come out and be part of the celebration and show what the PawSox means and has meant to them, their fans. They can do it one more time for all the old times!