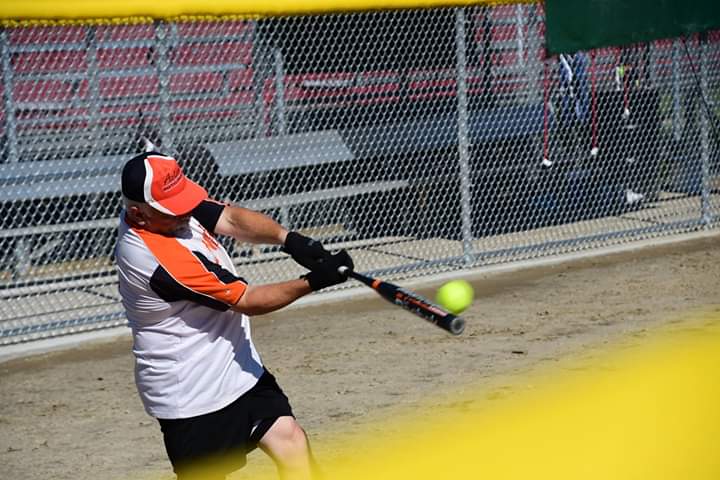 This is part two of a 4-part series on the slow pitch softball affiliates and what they offer their players throughout Rhode Island.

It began as an idea, by Len Yanku, who sent the word out to anyone over the age of 50 who would be interested in playing slow pitch softball, that a meeting was being held in Cranston, RI. So, on a hot August night in the summer of 1982, eight men attended the meeting that was held at the Driftwood Lounge in the Pawtuxet section of the city. “Eight of us showed up to hear him out. Len pitched the idea to us,” said original member, Joe Giordano, “after Len laid out his idea, we all thought it had potential. We decided to launch the idea out to the 50 plus year-olds and see who would show up and play.”

The following Sunday at the Valley Street playground in Providence, 19 players showed up to play a pickup game. That is how the Rhode Island Senior Softball League began. “We met to play each week until Thanksgiving, and we had new players joining us every week. By the end of the season we had about 60 total players showing up and playing slow pitch softball again. We felt like kids.” Giordano said.

In May 1983, Yanku was elected as the leagues’ first commissioner, a position that he held for 10 years. He over saw 4 teams that first year, and by the end of his tenure the league had grown to 11 teams playing on fields all over the state. Giordano was elected after Yanku and served a three-year term. A spunky 90-year-old, he still plays today in the league, has served as the leagues’ first treasurer/secretary, and the first assistant commissioner. He has served as a division captain and is still on the 12-person board of directors.

“The league is here for players of all abilities,” he said. “I wasn’t all that good of a player when I was younger, but 40 years after this league had begun, I am still taking the field.” Under his leadership the league had exploded to 28 teams. “Everyone wanted to play; this league was perfect for those players who wanted to have fun and keep active. We just play double headers on Sunday mornings and open the league depending on the city or town that we can get fields we play at different locations on Sundays. Most of the players are retired from their professions and it makes it easier to get them together during the week. The bulk of the players in the league are what you would consider at a lesser skill level compared to other leagues where most of the states top senior talent were still playing competitive ball for 35 and over teams.”

He went on to say, “I’ve managed many teams over the past 34 plus years and I have a few championship trophies laying around the house. My team even went to the 75+ division one year and won the whole thing! The Cape tournament is a big event for seniors to participate in. Teams come from all over the east coast to play. It’s a nice change to compete like crazy all season only to come together and play in that tournament. There is a lot of camaraderie when we play against and with each other.”

As the league grew, rule adjustments were made to accommodate players from all skill levels. The first rule was that you had to be (or be turning) 50 within the season. 50 being the minimum age limit, however, along with Giordano who still laces up his cleats every week, there is no maximum age limit. “We have many players that are still playing that are well into their 70s and 80s,” said Bill Murphy who has just been voted State Commissioner after serving on the Board of Directors for several years. “Each team has a 20-man roster to minimize forfeits and we currently have just over 300 players that make up the 19 teams that we currently have. There are 4 divisions, 2 for 50+ teams, and 2 for the 60+ teams. We play on 10 to 12 fields throughout the state of Rhode Island, and we use a double header format for each day that we play.”

The league has incorporated rules for safety such as courtesy runners, some of which run for the batter from behind the plate on a base hit that limit injuries, mandatory masks for pitchers, outfields are prohibited from throwing out runners from the outfield. There is a “runner’s plate” located 10 feet behind the regular batter’s plate which eliminates collisions on plays to the plate. Every play at the base is a force play so there is no sliding. “Safety for the players is our number one priority,” Murphy said, “most all the players are playing the game to stay in shape and have fun but most importantly to have that team experience and staying active with friends.

Do not misunderstand, though, that all these players are still extremely competitive, and they want to win. Every team makes the play-offs and every team wants to win the championship of their respective divisions. But it’s the Boards priority that each ball player returns home safely.”

The concern for the future of the league is that the numbers have been dropping over the last couple of years. One main reason has been the emergence of more competitive senior leagues popping up across the country. This is doing to senior softball what 35 and over did back in the mid to late 1980s, keeping talented ball players playing at a higher level of competition, therefore keeping players from going into the R.I.S.S.L. which is considered more of a recreation league. Murphy, Giordano, and the rest of the board understand this and do not want to reinvent what has worked for these many years, but they do not want to see the league shrink to where only 4 teams remain. They also do not want to discourage those ball players from playing at a higher level of competition either, so they must figure out what will work out best for everyone. “Finding that fine line will take some time and effort, but we’ll get a solution that works best for everyone.” Giordano said. He should know, he has been doing this for 38 years.

If you would be interested in playing in the R.I.S.S.L. please check out their website at www.leaguelineup.com/welcome.asp?ur/=riseniorsoftball.