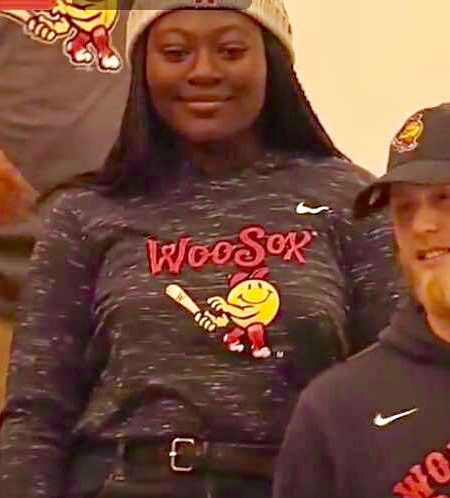 The big reveal…How can you beat the WooSox?

After 218 nickname submissions…and as the last year as the PawSox in Pawtucket comes to a close in 2020, a much hyped reveal happened at 7pm last night…and it was – as all suspected – The WooSox. Here is the Worcester Red Sox announcement video…

Their mascot will be called Smiley…the familiar smiley faces originated in Worcester when drawn by Harvey Ball for an insurance company merger promotional campaign. And, by the way – look closely at the “W” in WooSox – the center forms a heart – also a nod to the first commercial Valentines originating in Worcester.

One can only imagine all the smiley faces on opening day, t-shirts, mascots… team spokespeople have said more than once that the city has welcomed them with open arms. From city officials gleefully funding them to local businesses stepping up to the plate.

No matter what happened in Rhode Island, the sour taste could not have been resolved and an opening day in any new or refurbished Rhode Island ballpark would have mimicked what is going on in the country right now – 50% for you, 50% agin.

Go WooSox and good luck in your new city – with people who seem to love you…and will cheer you on…you did this one right.