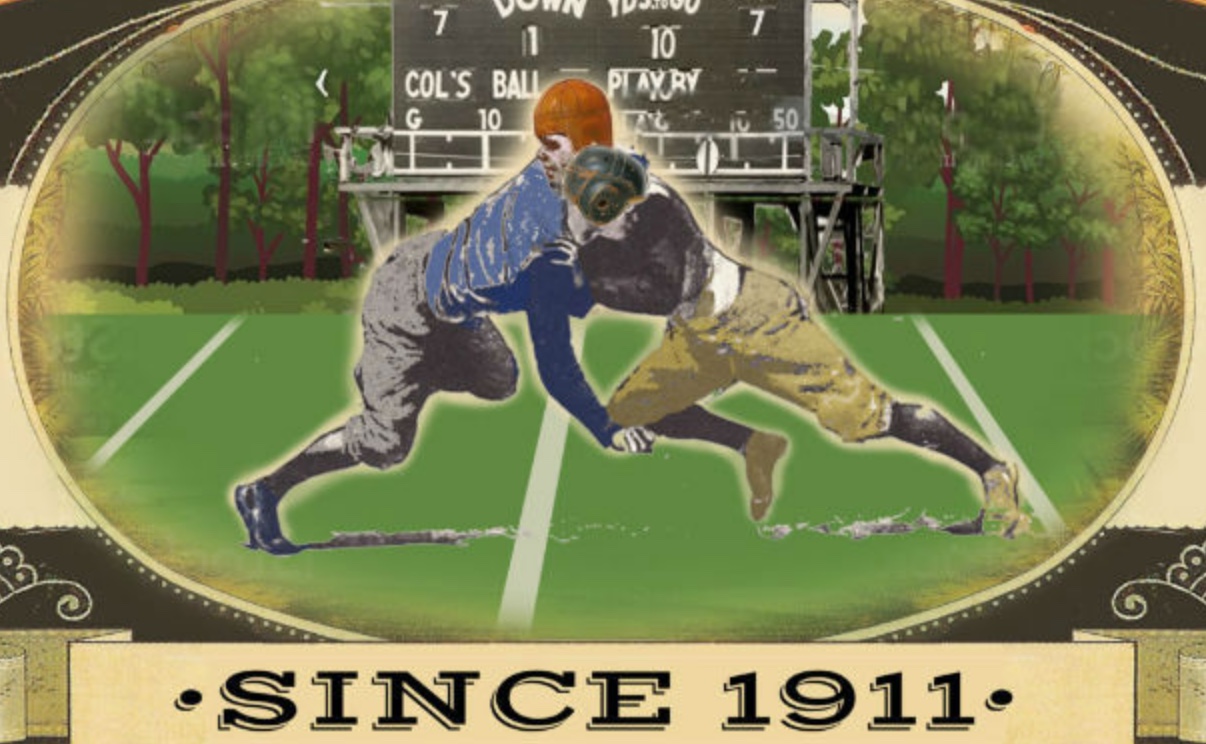 Thanksgiving football – of the past

Prospect of a Thanksgiving Day without high school football? Two local radio stations plan on filling that void by replaying rivalry games of the past.

As we head into the holiday season 2020 style, just like the Grinch who stole Christmas, the Grinch, aka Covid-19, not only stole every holiday that we were to celebrate, it’s doing it’s best to take the final holidays of the year.

The latest cycle of politics has done nothing but to add onto the stress that everyone has been feeling. As we hold out hope for New Years to usher out the bad taste that has been in all our mouths, known as 2020. But Christmas and the unknown comes before the New Year holiday. Christmas is always known for being full of wounder and a time for miracles. You do not believe me? Try watching the Hallmark Channel, where miracles happen in every movie, so why not now? But even before we make our Christmas wish to have Covid-19 go away and get us back to normal, we must try to endure Thanksgiving.

Thanksgiving is known as the family holiday, where traditions of the day start for most by returning home and taking in the town high school football rivalry. Where the state’s longest series has the Westerly Bulldogs take on cross state foes, the Stonington Bears. North Kingstown goes against South Kingstown, Central vs Classical, West Warwick’s Wizards play Coventry’s Oakers. Cranston East plays Cranston West in a game that makes the Hatfields and McCoys feud look like a tea party; well in this case it is more like the Boston Tea Party!

There are many, many more such games that are played traditionally throughout the State, but not this year, not now, as the fields will remain quiet. Instead of a sold-out crowd at every one of these games, where alumni return home to meet up with old friends, there will be no crowds, where cross town rivals try to spoil their opponents holiday dinner; there will be no rivalry; because none of these games will be played thanks to Covid-19.

But, don’t fret, there will be Thanksgiving Day games in 2020!

No, they won’t be live, but I-105.5 FM, known as Kent County’s classic rock radio station, will be broadcasting Thanksgiving Day rivalry games between Coventry and West Warwick. “We will be rebroadcasting the 2017 game when West Warwick beat Coventry last and we will air last year’s game when Coventry downed West Warwick,” said Vice President of News and Sports, John Parente. “We realize that it won’t quite be the same as a live game, but it’s better than nothing at all. We also plan to rebroadcast games that were played between Westerly and North Stonington on our sister station 96.7 and WBLQ AM 1230 at the same time,” Parente added. Parente who has been a long-time fixture in the Kent County area has been broadcasting local games since he was in high school attending West Warwick. From High School to the local softball leagues “live from Amby Smith softball field”, if there was a local game being played and broadcasted in West Warwick or Coventry, chances were Parente was on the microphone either alone or having Kent County’s legend Amby Smith himself joining him in the booth, before passing away ten years ago. Both men have been inducted in several broadcasting Halls of Fame.

As 2020 comes to an end, it is everyone’s hope that 2021 will return us back to normal, we have become accustomed to altering, adjusting and adapting to the current situation. Sports which have always provided a welcome distraction to the day-to-day stresses of life and provided a get-a-way even if were an hour or two. However, the pandemic has taken so much away that we took for granted, yes sports have been played but in a far different way than ever imagined. Games played in isolation, games played without spectators as crowd noise is played over empty stadiums public address systems and sporting events that were played in past seasons now being rebroadcasted. Games on all level of play, professional, amateur, collegiate and now even at the high school level.

One thing that is certain, come Thanksgiving morning throughout Rhode Island, high school games will ring out once again over local radio waves. But listener be aware, do not make any bets to the outcome of the game, chances are you’re being hustled! Have a happy, healthy and safe Thanksgiving and we hope to be reporting live from a high school football field somewhere in the State of Rhode Island in 2021. Happy Thanksgiving.