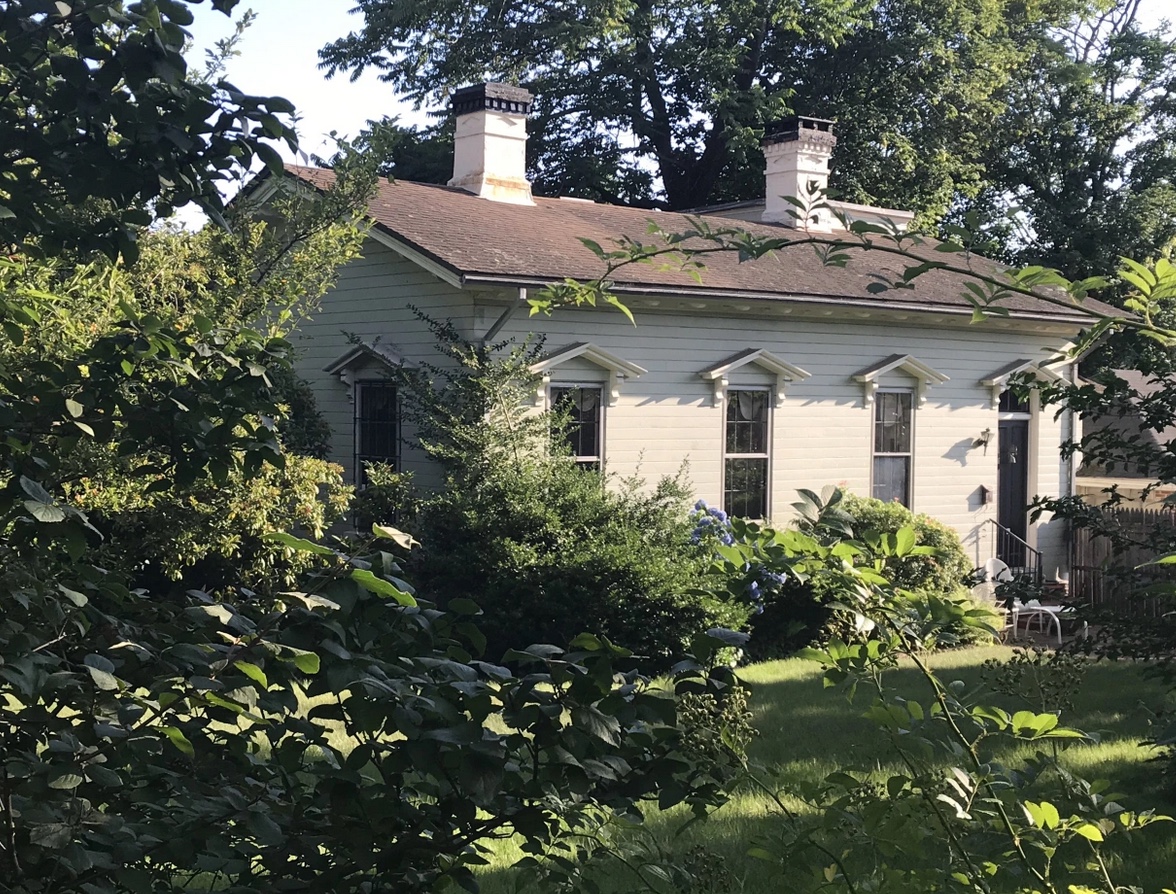 The first blocks of William and John streets off Benefit Street, where College Hill meets Fox Point, are steeped not only in history but historical character. Most of the houses on these and nearby blocks were built in the late 1700s and early 1800s, just as history was giving birth to our nation. Not much has changed on these blocks in Providence except for the vehicles at the curbs. This may be the most aromatically historical residential precinct in America. Its mostly small, neat, detailed, gabled houses huddle together along its old narrow streets and lanes, almost leaning in on each other as if aware that change is breathing down their necks.

It is. Be afraid.

To learn why, I joined some 20 others, mostly neighbors, on a side lawn at Carrington House, 66 Williams St., an 1810 mansion across from the site. Architect Friedrich St. Florian described pasteboard illustrations of the site that stretches over to John Street. A small, pallid, circa 1830 classical cottage in the middle of the block is to be relocated to the site’s edge on Williams and expanded. To move it, four garages are to be demolished. A 7,600 square foot “vacant lot” of woodland extending out to John Street is to be chopped down, even though the woods, virtually a wildlife sanctuary, have survived since as far back as the Federal period of U.S. history. Historic stone walls are, of course, to be breached. Two sets of attached townhouses designed by St. Florian (see below) and, at some as yet unannounced time, up to three more residences and garages, are to be built.

Those who know the architect for his design of Providence Place and his World War II Memorial on the National Mall might be comforted by his participation. But since those heady days of his career, he has built houses wildly out of character with the East Side, and recently has backed the outrageously tall and ugly Fane tower in the Jewelry District. His expansion and the relocation of the cottage appear reasonable enough, but this plan seems to be a Trojan Horse for the townhouses, which, while posing as traditional, seem quite something else. Each has broad segments of third-story gabled roofs that appear to hover without any support but one narrow chimney each.

Perhaps. But not for this part of town. If these were next to the proposed Fane tower, or if they were along some street whose character had already been degraded by other inappropriately styled new buildings, I might easily sigh and shrug my shoulders. Yet amid the living history of this ancient neighborhood, they would be far beyond out of place, quite disruptive.

There may be legal issues with this subdivision development, apparently including some approvals smacking of stealth. Neighbors have been caught entirely unaware at the brink of action on a plan actually in the development process for about three years. (And the city claims to abjure secrecy and favor transparency.) Yet it also appears that the development plan is allowable “by-right,” meaning that under current law the plan does not need exemptions that might have given neighbors more of a chance to fight it.

A Ward 1 city councilman, John Goncalves, argued sensibly at last Thursday’s meeting that the law needs to be changed. That cannot happen soon enough to stop this project, alas; but in addition to the legal track there is, absent a better word, the political track. Zoning law is where the rubber of democracy at its most local hits the road. A city whose future relies upon respect for its past needs civic leaders who, while understanding the inevitability of change, try to reduce its impact on historical character. In a city so rich in examples of the economic value of historical character, Providence is strangely lacking in such leadership, or even a basic knowledge of how economic development and historical character can work hand in hand.

But civic leaders won’t care if citizens don’t give them a reason to care. The neighbors must get in politicians’ face, as they did several years ago to block a subdivision of the Granoff estate that would have eviscerated Blackstone Boulevard. The momentum from that was not maintained a couple of years later to protect the nearby Bodell estate, but at least its developer did not plan to demolish its manor house. Soon after, a developer of the Nicholson-Beresford estate did want to tear down its mansion, but at the last moment a buyer was found; still, in a tragic theft of local character, a caretaker’s cottage even more deliciously romantic than the mansion was razed, and a cheesy initial house in yet another Blackstone subdivision was built.

These are just a few of the worst of recent attacks on the historic character of Providence. The Fane tower project remains a present danger. Teardowns of charming old buildings are making way for awful buildings throughout the East Side, where, according to St. Florian, the market is “sizzling.” If this continues, the allure of Providence will soon be “fizzling.”

These latest attacks on local character extend well beyond what’s happening on the East Side, beyond the Fane tower, beyond the snaggle-tooth Route 195 corridor, beyond the split trad/mod personality of Waterplace Park, all the way back to the failed modernist College Hill survey of 1959 and the failed modernist downtown plan of 1961. Local officials learned nothing from these failures, and have encouraged, to this day, only those development plans sure to damage the city’s historic character and undermine its brand, keeping its economy in a slump that has lasted almost three quarters of a century.

The only major Providence developments in recent years that push back against this trend were the late Bill Warner’s traditional design of the new waterfront and Buff Chace’s revival of downtown living by renovating (with advice from New Urbanist Andrés Duany) underused traditional buildings.

Fortunately, Providence has an incredible bankroll of historical character that can withstand slow erosion over decades. And so it has – but that won’t last forever. And it will erode faster and faster if such an obviously valuable parcel of heritage as the area between Williams and John is thrown under the bus. Before we realize it, Providence will have passed the point of no return. The beauty of Rhode Island’s capital has continually rescued a city beset by the same problems as most other once prosperous manufacturing centers that lack our beauty. But that won’t last much longer if our current planning plunge is not reversed: Goose. Golden egg. Don’t.

The Providence Preservation Society, which hosted Thursday’s meeting along with the owner of Carrington House, shouldn’t need to think about where it stands on this project. The society should be four-square against it. Change is inevitable, as even preservationists love to say these days. So yes, let the trees between Williams and John continue to grow. That really should be change enough. There’s already too much poorly controlled change elsewhere in the city. The best course by far is to leave this salubrious neighborhood alone. Its preservation will prove of incalculable value to the city’s future.