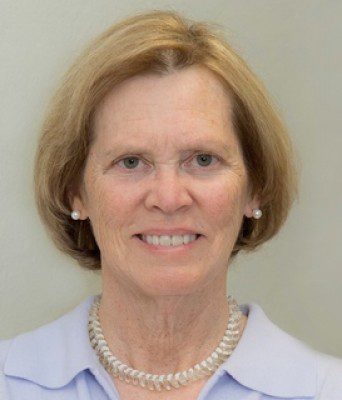 Advocates of decriminalized prostitution are trying different strategies to legalize the sex industry.

So far, their approaches have failed—multiple times.

In New Hampshire–the “Live Free or Die” state—a legislator introduced a bill to decriminalize prostitution in 2016. It failed. The advocates then proposed a “study group” to review the prostitution laws. That attempt failed also.

Now, in Rhode Island, they have Representative Anastasia Williams introducing a bill to “study” the prostitution laws.

The New Hampshire and Rhode Island bills are similar. Both bills say the composition of the study groups will include representatives of known pro-prostitution advocacy groups. Their intent is obvious: Set up a process that will produce a report recommending the decriminalization of prostitution. Afterwards, they can wave their report around claiming that an official “commission” sanctioned by the legislature has recommended decriminalization of prostitution.

The pro-prostitution groups argue that the existing prostitution laws are unfair to women in prostitution and prevent poor women from earning a living.

Citizens should take a closer look at what decriminalization of prostitution means. Their claim to help women is just a front. They are really proposing to decriminalize the entire sex industry. Their proposed law changes will make it legal to buy sex, be a pimp, and run a brothel, a strip club with prostitution, a massage parlor—or any other type of commercial sex business.

Don’t let their supposed sympathy for the victims of the sex trade—the women (and sometimes men) in prostitution pull at your heart strings. Their real goal is to remove the restrictions to running brothels. This change will fill up the strip clubs (or gentlemen’s clubs as they are euphemistically known), which are known to be connected to organized crime associates, or the clubs will become targets for organized crime extortion rackets, as they have been in the past in Rhode Island. The Asian massage parlors will reopen, enriching Asian international organized crime groups that traffic women from Korea and China.

Rhode Island will become a sex tourist destination, attracting men who want to buy sex from all over New England—and beyond.

Poor, marginalized women, especially undocumented immigrants, will be recruited into prostitution. What an economic claim Rhode Island could make: “There’s always a job for women, here.” Jobs for pimps will be available to thugs. And women can proclaim that they support their boyfriends’ and husbands’ right to buy sex.

The pro-prostitution groups are increasingly well funded, so we’re going to have to put up with their agitation for some time to come. However, our response will always be “No.”

Donna M Hughes, Ph.D., is a professor at the University of Rhode Island. She has researched forms of sexual exploitation since the mid-1980s in the U.S. and around the world. She is co-founder of the local group Citizens Against Trafficking (https://dignityforall.info/citizens-against-trafficking/).