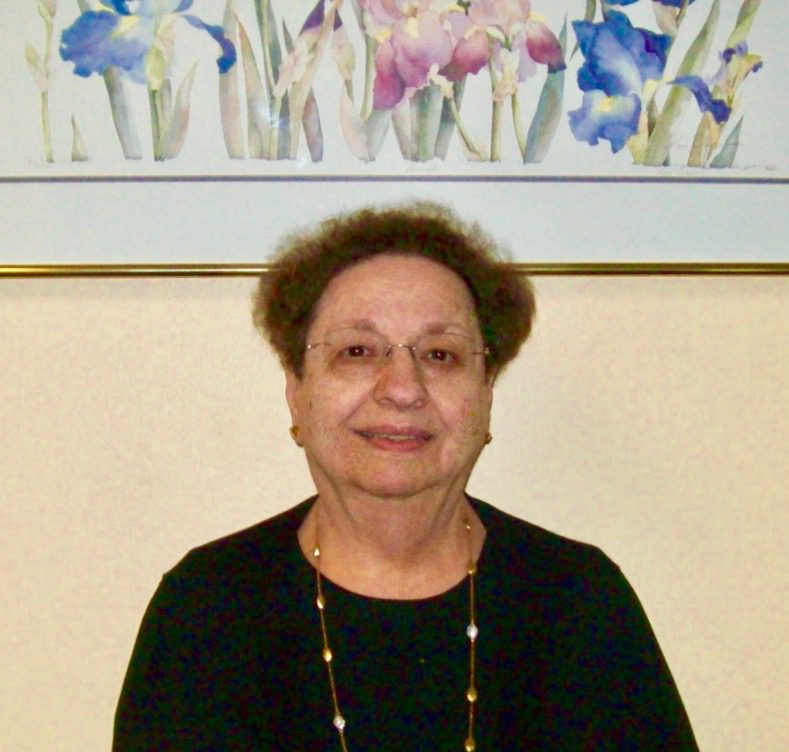 After reviewing hundreds of submitted entries, an independent panel, composed of two dozen judges, selected 19 women, including Dr. Teresa J. Chopoorian, to be inducted into the McKnight’s Women of Distinction Hall of Honor as part of the program’s third annual class.

Dr. Chopoorian serves as Vice President and Administrator of the Central Falls, RI-based Mansion Nursing and Rehabilitation Center and is a former Professor of Nursing and Chairs the City of Pawtucket Cancer Control Task Force.

According to McKnight’s Long-Term Care News the Hall of Honor recognizes executive-level professionals who have made a significant impact in the skilled nursing or senior living industries.  Of the sixty women who have been inducted into the Distinction Hall of Honor since its inception in 2019, Dr. Chopoorian is the only Rhode Islander to receive this prestigious recognition.

Considered the hallmark of recognition for women leaders in the seniors’ care and living industries, McKnight’s Women of Distinction honors are given in three categories: Rising Stars, Veteran VIPs, and the Hall of Honor. A Lifetime Achievement Award winner will also be announced in March.  The annual awards program is administered jointly by McKnight’s Long-Term Care News and McKnight’s Senior Living. The winners will be recognized in editions of the McKnight’s Daily Update and McKnight’s Daily Briefing newsletters.

All of this year’s honorees, working in the health care industry, will be celebrated during a May 18th virtual awards event.  The ceremony will take place the evening followed by a special McKnight’s educational forum for all professionals in the long-term care and senior living industries the next morning.

The Life and Times of Dr. Chopoorian

Dr. Chopoorian was hired as an Instructor at Boston University School of Nursing after completing her master’s degree at this university in 1964.  She was promoted to Assistant Professor and recognized as Teacher of the Year in 1968.

She left Boston University in 1970 to accept a professorship at Boston College to co-direct a Macy Foundation graduate program with Harvard Medical School, a novel initiative to prepare Clinical Nurse Specialists. The program was among the first graduate nursing curriculum in the country and served as a critical role model for forthcoming nurse practitioner programs.

In 1974, Dr. Chopoorian joined the faculty of Boston State College Department of Nursing and began doctoral studies at Boston University in 1978.  Upon completion of her doctorate in 1982, she accepted a professorship at Northeastern University School of Nursing where she continued to teach and participate in the development of nursing practice.

Dr. Chopoorian joined the Mansion after a 22-year career as a nursing educator.  Her career parallels the transformation of nursing home care as it has undergone generational change.  As nursing homes evolved from custodial care to a case mix of higher morbidities and a greater need to deal with an increasing population of younger residents and residents with mental illnesses, Dr Chopoorian’s career paralleled this transformation in unique ways.

Starting as a teenager working in her family’s business, a 76-bed nursing home on the border of Central Falls and Pawtucket, mill towns emerging from the flight of the textile industry, she was inspired to become a nurse.  She then chose the rigor of enrolling at Classical High School Providence, which laid a strong foundation of scholarship that would serve her well.   More importantly, this earliest choice illustrated a characteristic of always taking on the greater challenge.

In 1986, Dr. Chopoorian joined the Mansion staff at a time of family crisis.  Her father was retiring as administrator soon after the passing of her mother. At a crossroad of whether to continue the development of a fruitful academic career or apply her clinical knowledge and nursing skills to a family business, she made the critical choice of leading the family’s nursing facility while caring for her father. A daunting choice on every level, leaving the security of an academic career for a business whose nature and regulatory landscape were dramatically different than two decades earlier when she helped her father as a nursing aide.

Dr. Chopoorian’s family crisis thrust her into the role of Administrator; she led the Mansion as a quality provider of skilled care and rehabilitation services, consistently a 4 and 5-star rated facility.  In 2010, she was recognized as the first recipient of the Nightingale Nurse of the Year Award by the Rhode Island State Nurses Association, as a nurse in the role of nursing home administrator.

Dr. Chopoorian also became active in the greater community and participated in boards such as the Pawtucket YMCA and Samaritans of Rhode Island. But closest to her heart, she has a lifelong commitment to cancer prevention, and has become one of the strongest local voices for cancer prevention in her community.  As chair of the Cancer Control Task Force supported by the City of Pawtucket Mayor’s office, she instituted programs such as a Poetry Slam that has young local school students writing poems competitively on the theme of smoking cessation or prevention.

A Rising Star in the Nursing Profession

After graduation from the College of Nursing at the University of Rhode Island in 1962, she started as a Staff Nurse at Children’s Hospital Medical Center in Boston. Again, rising to the greater challenge, she enrolled in the Nursing Master’s program at Boston University.  It launched a career that would keep her in the mainstream of nursing education and growth, up to the present day to bring her full cycle to administering a family business and the challenges of passing it on to a third generation.

Dr. Chopoorian shared her pioneering work on education for nursing practice through her teaching, publishing and consulting as these programs became established. She was recognized for her work by the Massachusetts Nurses Association in 1974 – “Recognition of a Nurse Influencing the Directions of Professional Nursing Practice”.

Perhaps the most prestigious recognition was her selection as the 9th recipient of the International Council of Nursing (ICN) Fellowship in 1978, the first US candidate to be selected from among its 44 member countries.

Among Dr. Chopoorian’s publications, one of special note is her article, “Reconceptualizing the Environment”, which called attention to the social, cultural, political and economic environmental factors that impact the practice of nursing. Published in 1986, it is still heavily cited by scholars in the field and pertinent to the dialog of nursing practice today.

She was appointed Fellow in the National Academy of Practice, Nursing in 1987.

Meeting the Challenges of COVID-19

Dr. Chopoorian is now practicing what she has preached over the years, applying her knowledge and skills to the practical matters of administering a skilled nursing care facility, and doing it in a manner that has earned her the recognition of her peers as Nightingale Nurse of the Year.

Early in March 2020 as it became clear that nursing homes were ground zero in an epic battle; she consulted with her Medical and Nursing Director and decided to close admission of anyone into the facility who was not already in the facility until October of 2020, when community spread overcame the facility staff’s most resolute of defenses. The Mansion is one of only three facilities in Rhode Island with this record in the midst of what was designated as the state’s hot zone. The residents and staff who tested positive have since quickly passed quarantine with no deaths or illnesses. A major practice achievement as we now head into a time of protection with the Pfizer, Moderna, and other versions of the COVID-19 vaccine, and are hopefully home free.

For a listing of winners of the 2021 Women of Distinction Hall of Honor inductees and for details of the May award’s ceremony, go to: