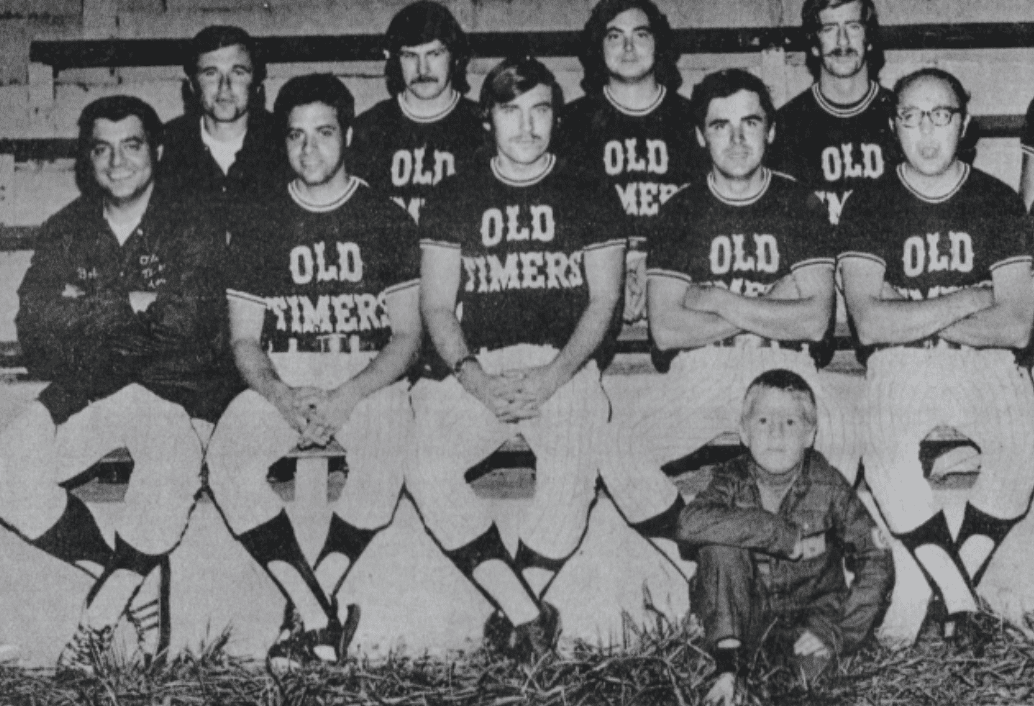 RI’s classic Softball teams of the past – John Cardullo

For the classic softball teams of the past, such as the Old Timers Tavern/Classic Cafe, their time is NOW!

The last four years the “Hot Stove” league has been a buzz with activity. This usually occurs in mid-November as the days get shorter and the weather gets colder. No, we are not talking about professional baseballs off-season. We are speaking about Rhode Island Softball! Why this time of year? And why softball? The answer is simple – softball in Rhode Island has been a big part of the Rhode Island scene since the early 1960s and has continued to grow in popularity each year. The second reason is that beginning in 2018, the newly established Rhode Island Slow Pitch Softball Hall of Fame began to induct members, raising the interest in adult softball to new heights.

Suddenly, the names of teams, players, coaches, sponsors and even umpires started to get mentioned. A revival of sorts, or a visit to a time long ago, when the sport was fresh and new, and players played to compete and to have fun with their friends. It was a time where teams and players became legends. Names such as Local 57, Conti Brothers, Earl’s Tap, Pariseault, Taylor Brothers, Taylor Construction and Clark & Sons were etched into the annals of Rhode Island softball history. Then there were teams that may be lesser known today, but back in the 1960s and 1970s they were as big as those forementioned teams. Providence’s Old Timer’s Tap who went on to become the Classic Cafe was one of those teams.

The Old Timer’s Tap called Warwick’s newly re-named Clegg Field home, (before that Clegg Field was known as “The Oval”). The league was begun by Warwick’s legendary Recreation Director and new inductee into the Rhode Island Slow Pitch Softball Hall of Fame, Walter Henry. Lead by player coach Art “Buster” Iannotti, The Old Timers began as a small bunch of friends getting together to play in the league as a means of having some competitive fun a couple of times a week. But as the game of softball began to grow on a more competitive level across the state of Rhode Island, it didn’t take long before the recreation directors across the state came together to come up with the formular of dividing teams into two levels of competition, the Majors and AA. Old Timers competed on the AA level. The Rhode Island state softball championship play-off system was launched.

The Old Timers began in the spring of 1968 and played under the name of the Providence Tavern, where most of the players came from the Mt. Pleasant section of the city, until the 1974 season, before switching sponsors to Jimmy Burchfield’s Classic (yes, that Jimmy Birchfield of the MMA and professional boxing promotional industry), in 1974 & 1975. Old Timers were very competitive in the Clegg league, often finishing above the .500 mark, in a very tightly competitive league. But in 1972 while playing in the ASA State AA Championship tournament, Old Timer’s Tap went on a run that witnessed them upsetting team after team until they were derailed in a 9-8 los, only to come back and win their first State Championship 20-4. They went onto defend and win the championship again in 1973 with a new sponsor, The Classic Café out of North Providence.

“Although some of the teammates have passed on, the survivors still remember them and the time that they spent on those long-ago hot summer days, very fondly,” said Peter Iannucilli. “Those years that we played together were some of our best memories that we shared and with the formation of the Rhode Island Slow Pitch Softball Hall of Fame, our conversatios of possible candidates for nomination, and hopefully induction, has grown”. Wanting to get the lesser-known teams and players some recognition has been the main objective of Iannucilli and his teammate Peter Boitano.

“We love the idea and concept of the Hall of Fame and want to get the spotlight to shine on the teams and players that played in our era that may fall under the radar,” Boitano said. “Players such as Barry Mollo, Ed Bradley and Stu Crowley should get careful consideration. They were some of the best players to play in the state back in those days.” he concluded. The team is currently making plans to have a 50th year reunion and many of the players still have contact with each other either through social circles or getting together through sports, particularly golf.

One thing is for certain; that on a few weeks run in the summer of 1972, 16 players – no 16 friends – took the field and entered the State Championship tournament and came out as the Champions! “That’s a memory that will never fade away for we all our lives, and if any of the players get recognized and inducted into the Rhode Island Slow Pitch Softball Hall of Fame, well that would just be the icing on the cake!” Iannucilli concluded.