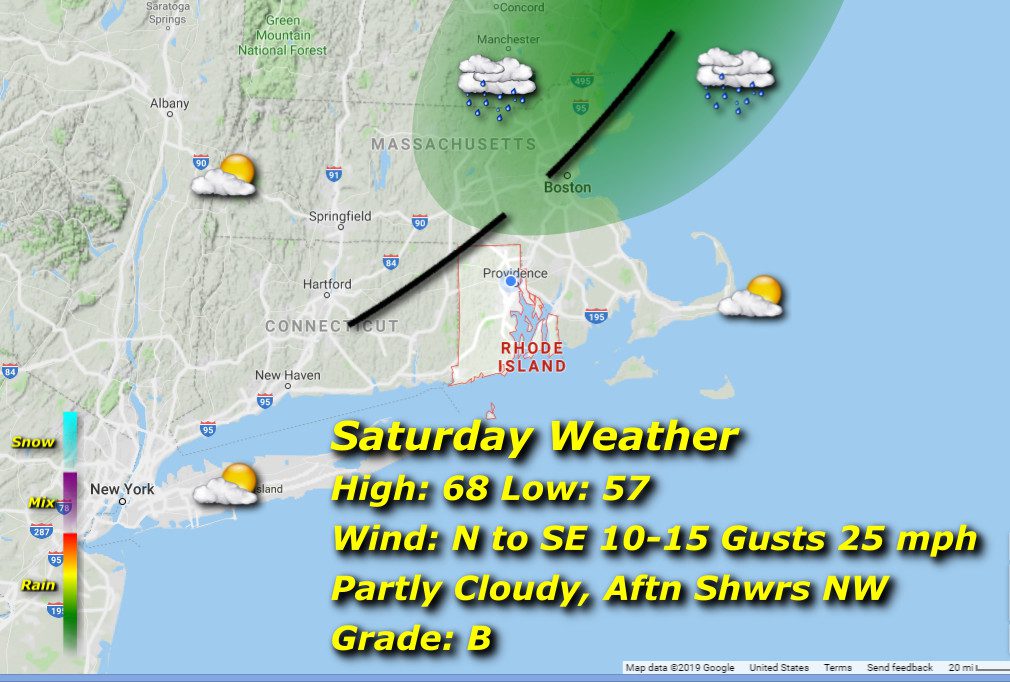 A generally nice Saturday with some afternoon cloud development and maybe a shower or two mainly to our north and west as a trough of low pressure swings through the area. Decent sun through the day with afternoon highs in the upper 60’s from morning lows in the upper 50’s with a northwesterly breeze once again shifting to southeasterly.

High pressure settles in nicely, with lots of sunshine and warmer afternoon temperatures topping out in the mid 70’s from morning lows in the upper 50’s. A northwesterly breeze will keep the dry air fresh, some gusts popping around 25 mph.