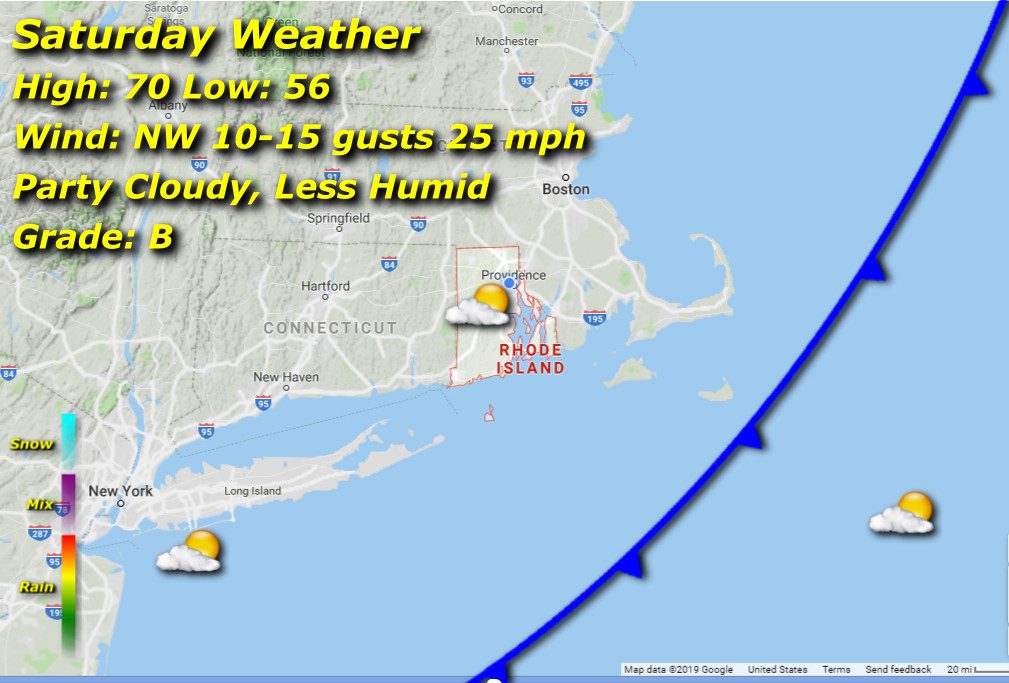 Cold front clears through leaving behind a decent day, a bit cooler, with mid level cloud cover building in the afternoon, but no rain likely. Afternoon highs around 70 and evening lows in the mid 50’s with a northwesterly breeze gusting to 25 mph.

A fairly weak trough of low pressure will swing through early, kicking up some pre-dawn showers. A north-northwesterly breeze should prevail through the day with morning lows in the mid 50’s and afternoon highs in the upper 60’s under mid level cloud cover.