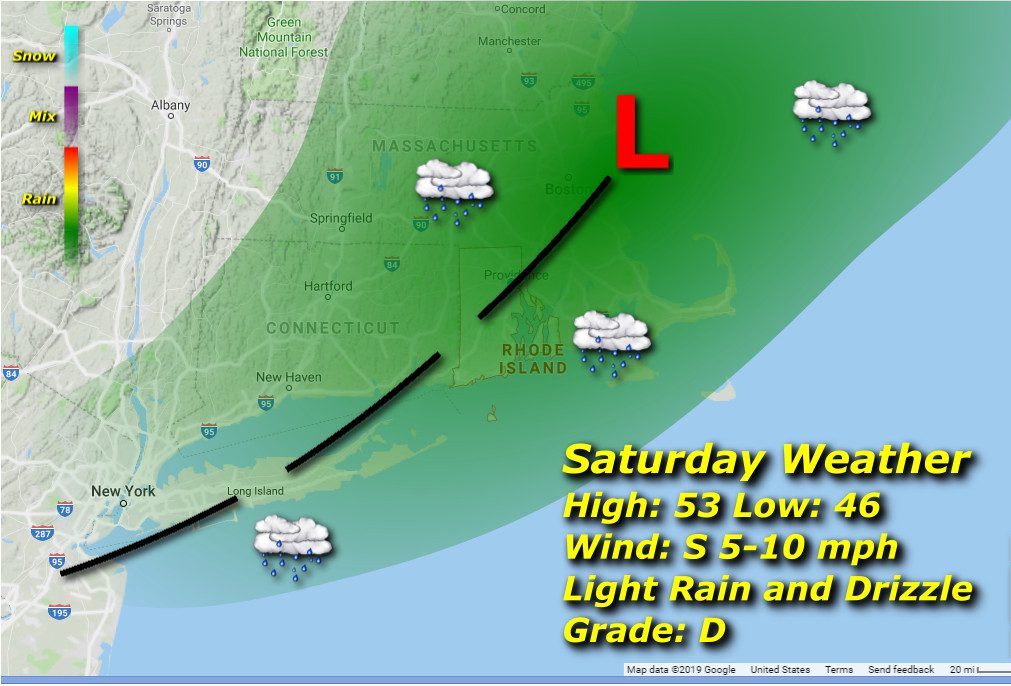 Low pressure trough pass through over the next couple of days with light rain and drizzle expected basically through the evening. Temps will be above normal, with afternoon highs in the low 50’s from morning lows in the mid 40’s with a light southerly breeze.

Low pressure trough moves offshore with light rain and drizzle continuing through early to mid afternoon. Winds will shift to west-northwesterly after the trough passes through with cooler air filtering in behind, temps dropping from afternoon high in the low 50’s to evening lows in the upper 30’s with a light shifting wind from the northwest