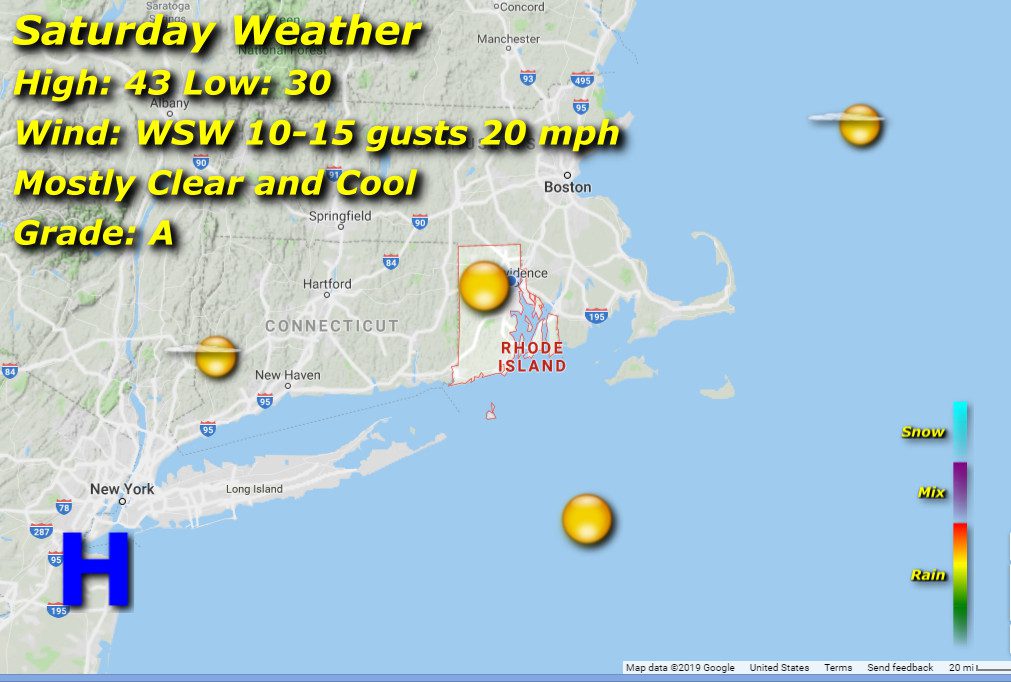 A mostly clear and seasonable day to start the weekend, with afternoon highs reaching the low 40’s from a morning low around 30. Winds will have died down just a bit, gusts around the 20 mph mark under mostly clear skies.

The atmospheric pressure gradient intensifies, with some strong gusts through the day approaching and exceeding 40 mph in some spots, and there may be a snowflake or three flying around, blowing all the way in from the Great Lakes. Morning lows in the low 30’s rising only to the upper 30’s with wind chills down in the mid 20’s under a partly cloudy sky.