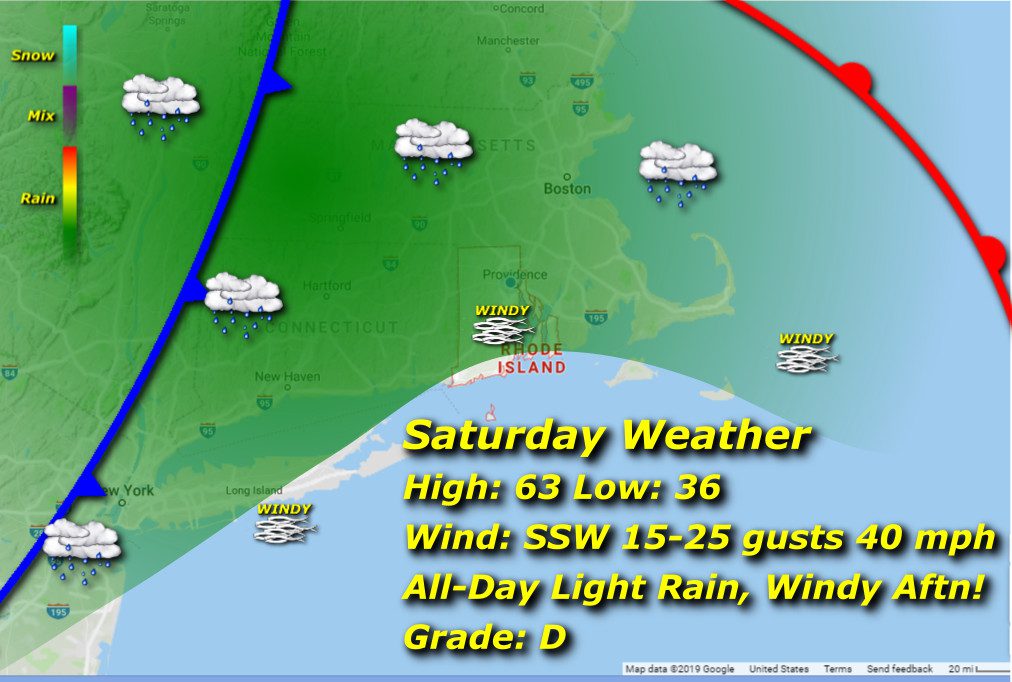 Low pressure system bears down on us overnight with rain beginning around sunrise and lasting through morning. We should see a gap in the rain, but still put up with some lingering drizzle through the afternoon as we enjoy some abnormal warm-sector heating as temps build to the low 60’s in the evening, oddly enough. This will quite the contrast to the early morning lows in the upper 30’s we’re expecting as the rain begins.

Winds will be a hassle today, especially in the afternoon with gusts approaching 40 mph out of the south-southwest before shifting behind the cold front to northwesterly.

We’ll find ourselves enjoying the 24-hour high temperature at midnight, if you happen to be a night owl, as cool air rushes in behind the cold front and cancels the fun. Highs around 60 cool eventually to the upper 30’s by midnight Monday, with all kinds of clearing taking place with the dry air intrusion. Northwesterly breezes tapering to 10-15 mph with some gusts to 25 mph in the morning.