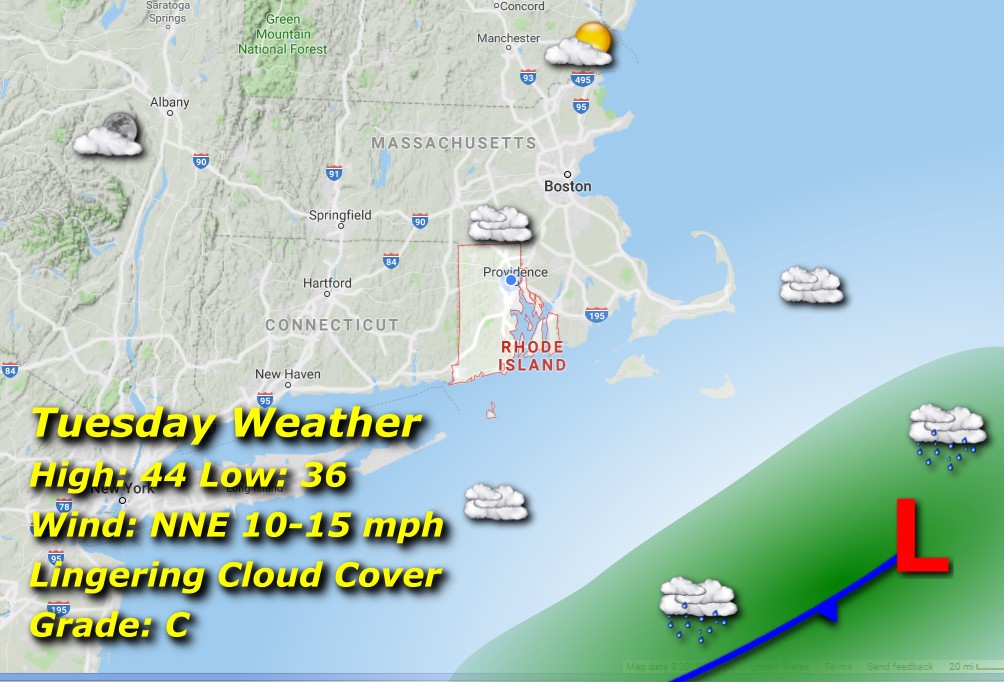 Low pressure heads out to sea and takes most of the nasty weather with it, leaving behind some lingering cloud cover and cooler temperatures, with lows in the morning expected to be in the mid 30’s and only warming to the mid 40’s with a decent breeze out of the not too pleasant northeasterly direction. We may see some sunlight fight through the overcast later in the afternoon, but it will be only a brief glimpse, as another coastal mid Atlantic storm begins brewing and spreads out some more cloud cover for later in the night. This system should remain to our south, so we’re not expecting much in the rain department, but we’ll keep an eye out for it.