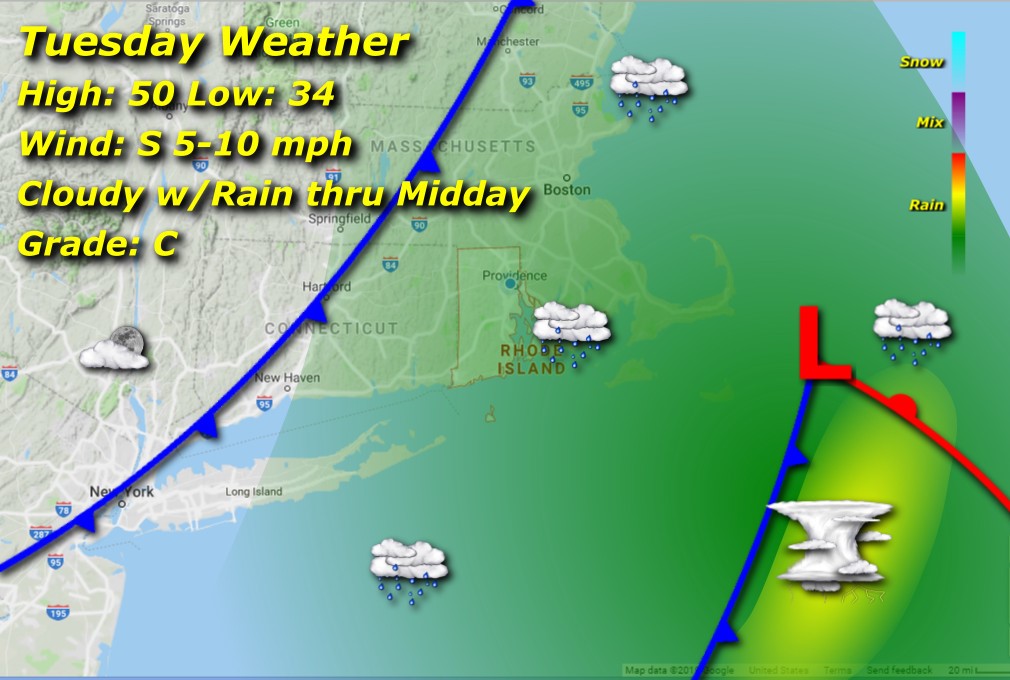 Two weather systems will be working in tandem to give us a fairly unpleasant but not terrible morning through midday of light rain. A cold front sweeping in from the northwest presses up against and encourages a low pressure system rolling up from the mid Atlantic to move out to sea to our south, but not before generating light rain from just after sunrise until early afternoon. The light rain will have a chilling effect on an already cool morning, low in the mid 30’s rising to around 50 in the afternoon as the rain begins to taper. We may even catch a glimpse of open moonlit sky later in the evening.