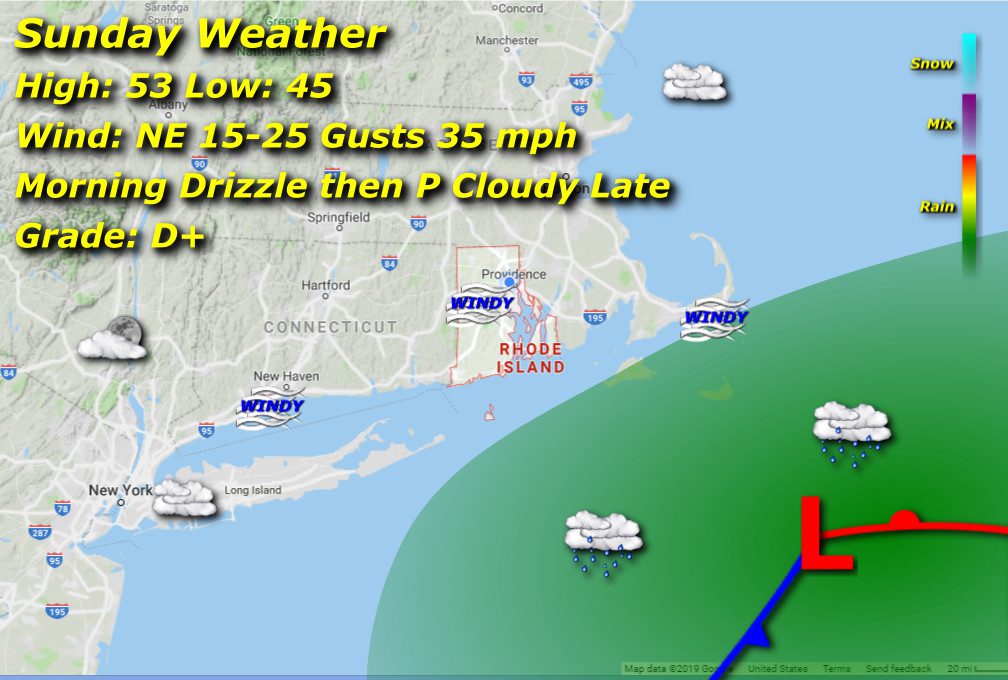 Drizzle comes to an end in the early morning with gradually thinning and scattering cloud cover through the afternoon as the low pressure area moves further to the east. The strong northeasterly winds hang on through the day, gusting to 35 mph.