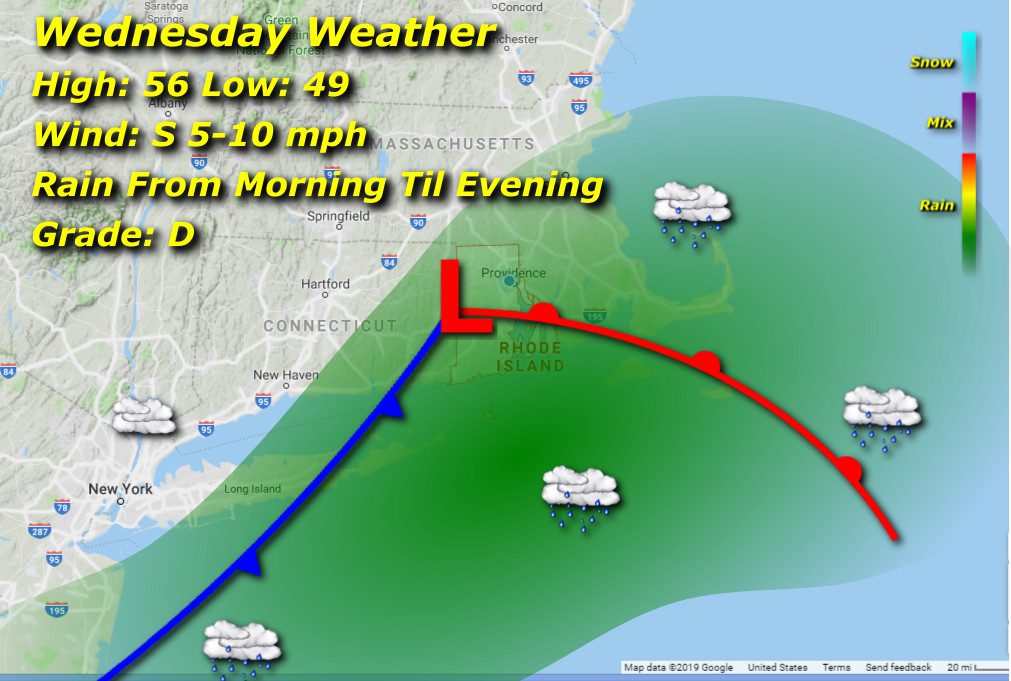 Low pressure system rolls in from the west and southwest with light rain likely off and on through the morning and ending sometime in the early evening. We’ll probably have some morning mist to deal with with low level moisture moving in ahead of the system. Morning lows in the upper 40’s rise to the mid 50’s with the rain.