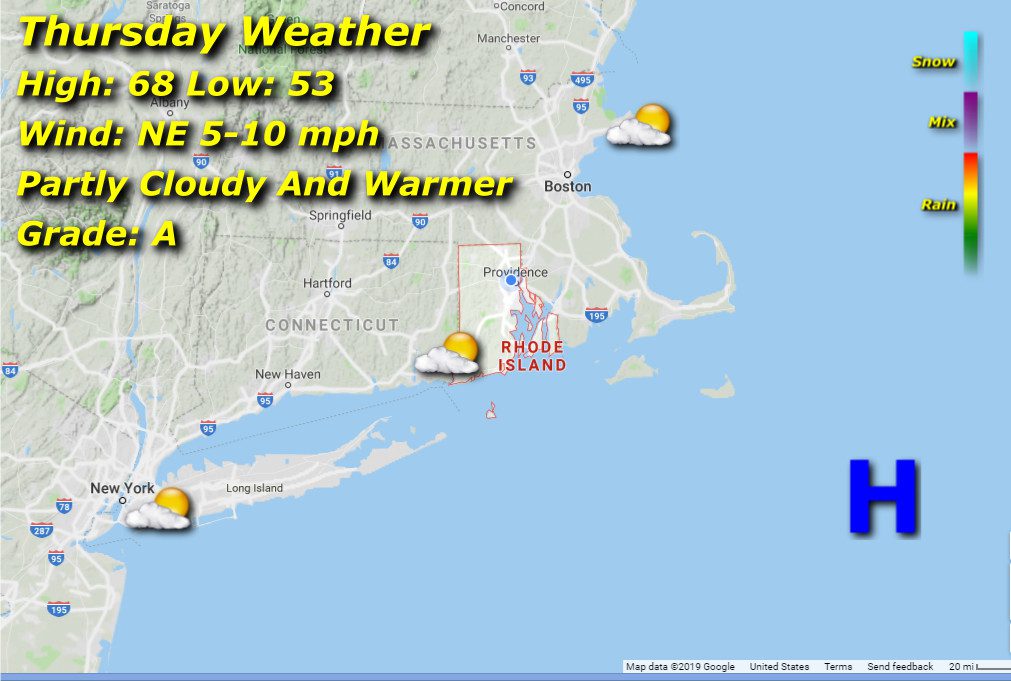 Finally the stubborn low is out of here, and high pressure takes it’s place as our primary weather maker. More sun than clouds today with temperatures warmer than we’ve been having, afternoon highs in the upper 60’s from morning lows in the low 50’s with a light northeasterly breeze.