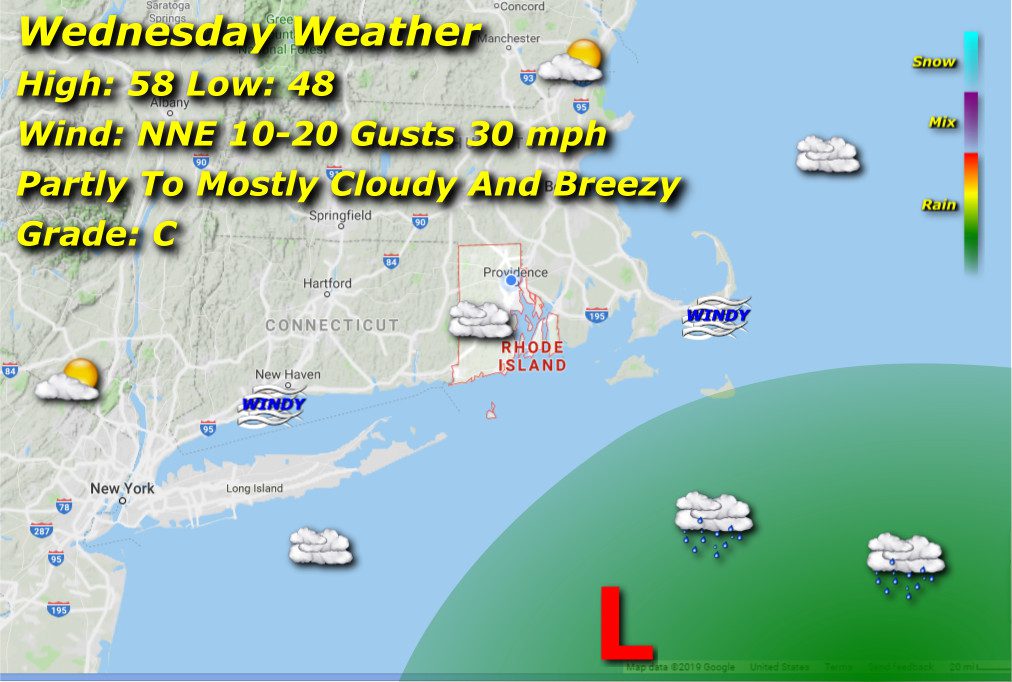 Bit of a broken record forecast, with the exception being more cloud cover. Low pressure is being forced back to the southwest by an upper ridge to our north, and more moisture will be brought around the low into our area, but no rain of any significance should reach this far. The Cape and Islands may get clipped, but we should stay dry, and unburnt from lack of sun.

Afternoon high in the upper 50’s from morning lows in the upper 40’s with a breeze out of the north-northeast gusting towards 30 mph.