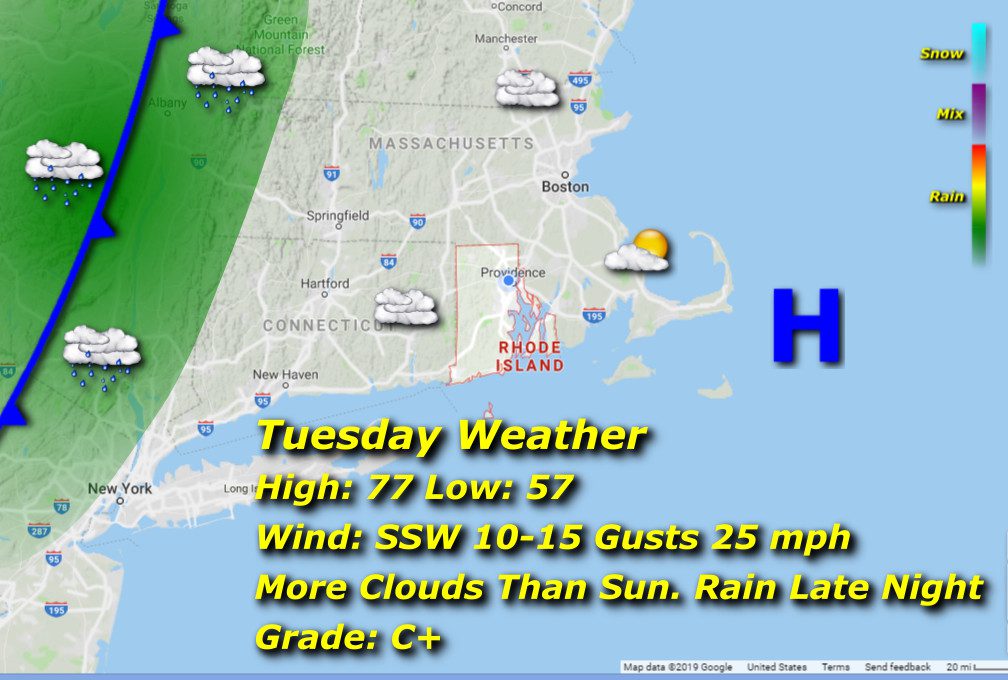 High pressure still in place, yet beginning to recede as a cold front begins to approach the area from the west with cloud cover the main result during the day, some overnight rain showers towards the dawn. Morning lows in the upper 50’s with afternoon highs in the upper 70’s with a breeze gusting out of the south-southwest to 25 mph.