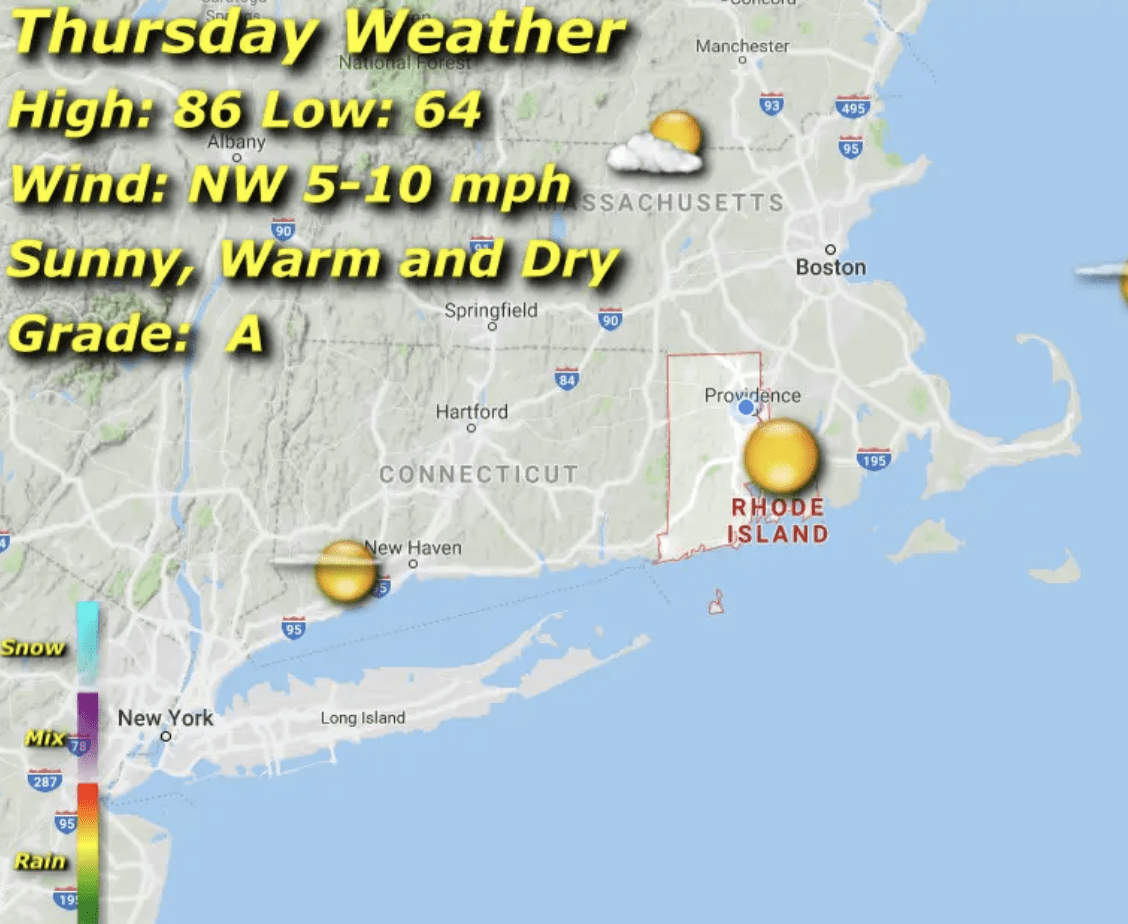 Nearly a carbon copy of yesterday, with the exception of 4 or 5 more degrees on the high side and a shift in the light breeze to northwesterly to close out the month of June. Plenty of sun with morning lows in the low to mid 60’s and afternoon highs in the mid 80’s.