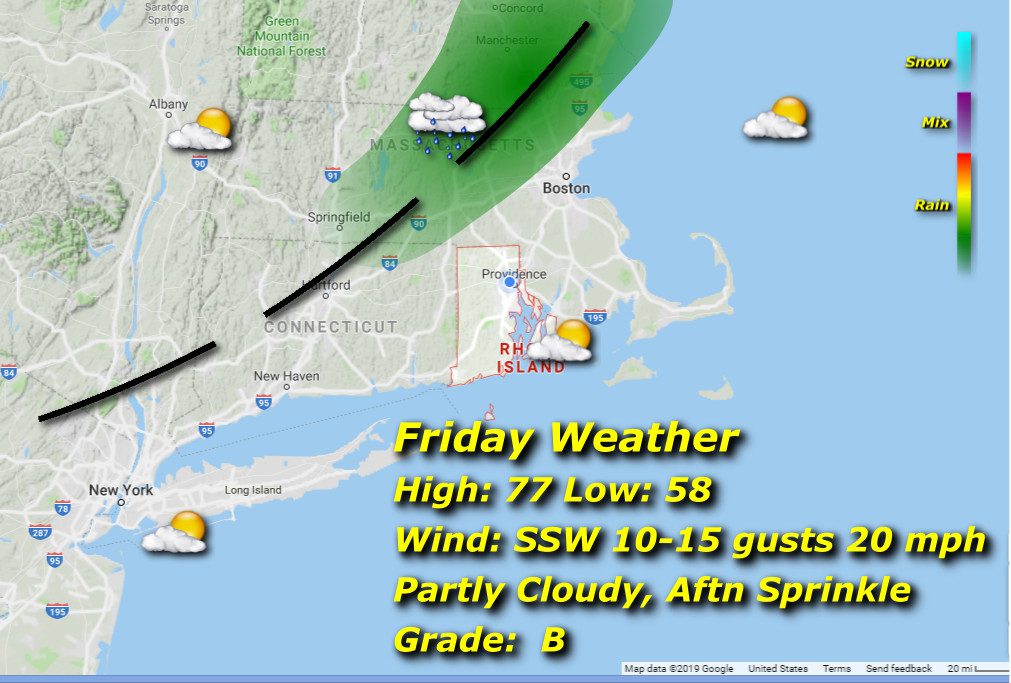 The stalled out front finally moves a bit, but not before breaking up under shear exhaustion. We may get a sprinkle here or there later on in the day, but nothing to get into a twist over. Overall a decent day, morning lows in the upper 50’s and afternoon highs in the upper 70’s with a south-southwesterly breeze.