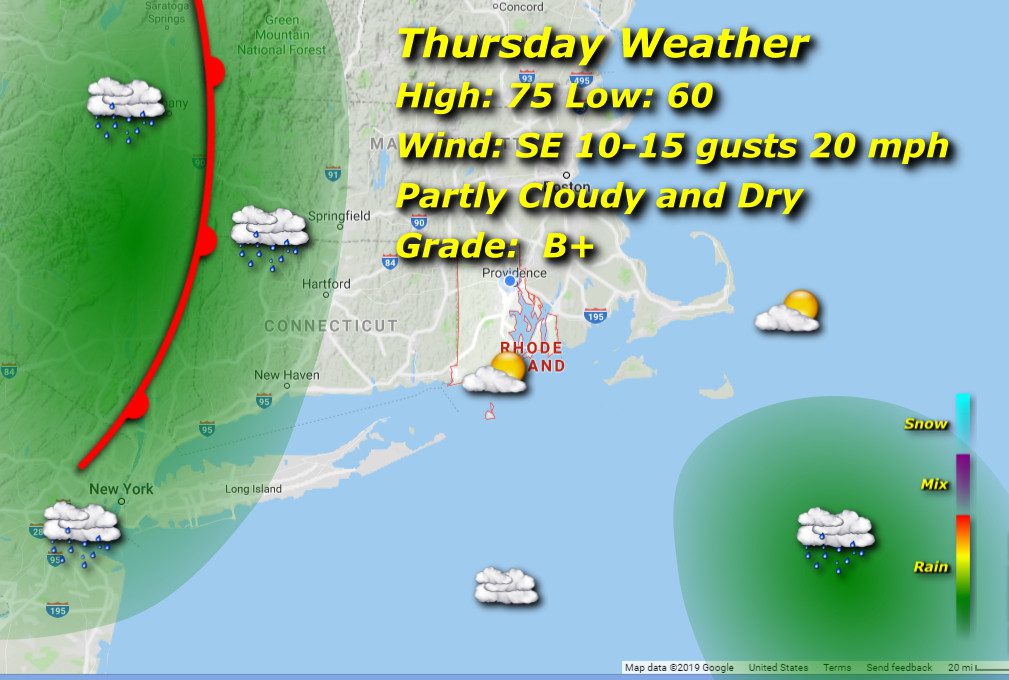 The stalled out front remains to our west, and a weak area of low pressure moves in from the sea, but any of the rains will keep away from the area. We should have fairly dry low level air, meaning low relative humidity, and decent warmth, afternoon highs in the upper 70’s from morning lows around 60. A southeasterly breeze will keep things moving, gusts around 20 mph.