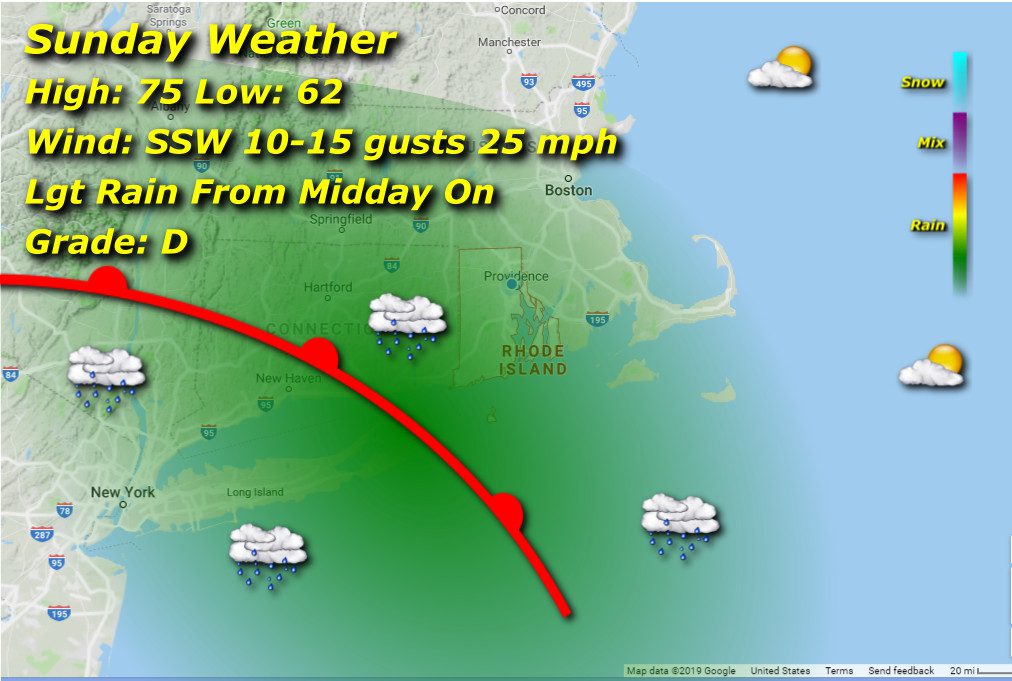 An advancing warm front ahead of low pressure over the midwest will eventually trigger some light rain beginning around midday and carrying on through the day and night. Morning lows in the low 60’s rising to highs in the mid 70’s with a south-southwesterly breeze gusting to 25 mph in the afternoon.