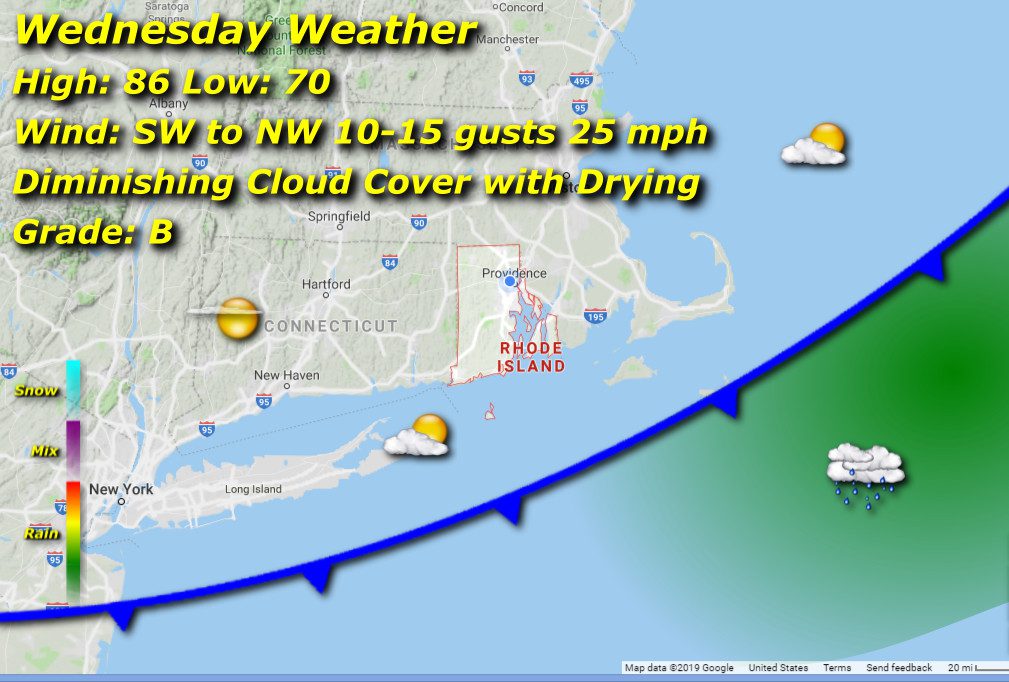 Last night’s showers and rain end before sunrise, but we’ll have to deal with lingering stickies through the morning until the cold front escorts in some dry air. Morning lows hover around 70 and climb to the mid and upper 80’s with a wind shifting from southwesterly to northwesterly by days end, cloud cover breaking, thinning and skedaddling in the process.