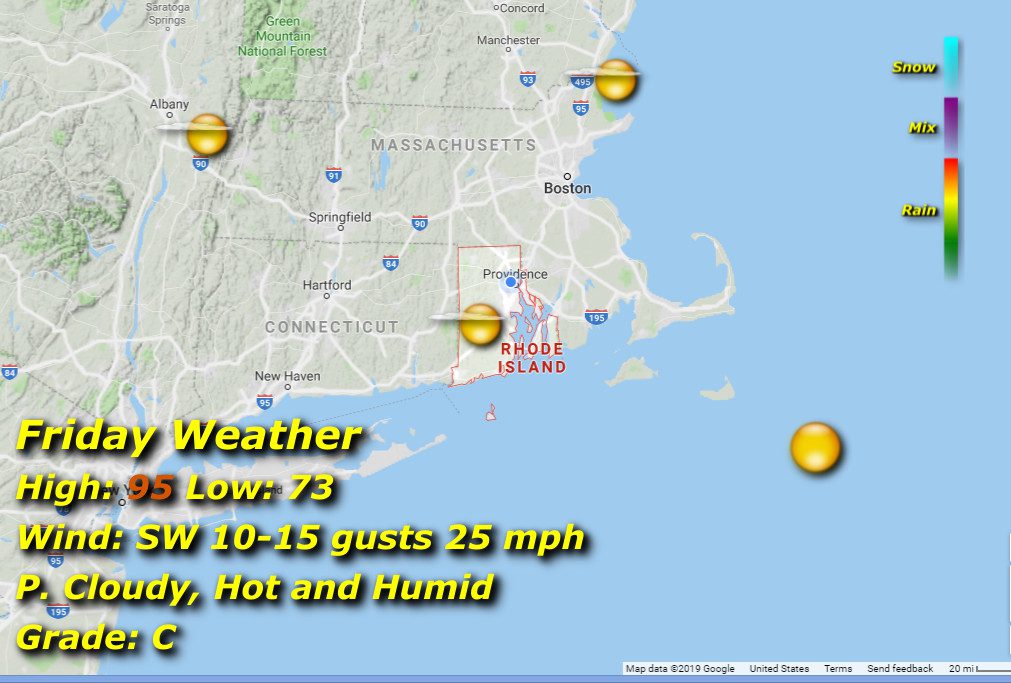 Morning lows in the low 70’s with afternoon highs in the mid 90’s and dangerous heat indices over 100 expected. A breeze out of the southwest will not help much.