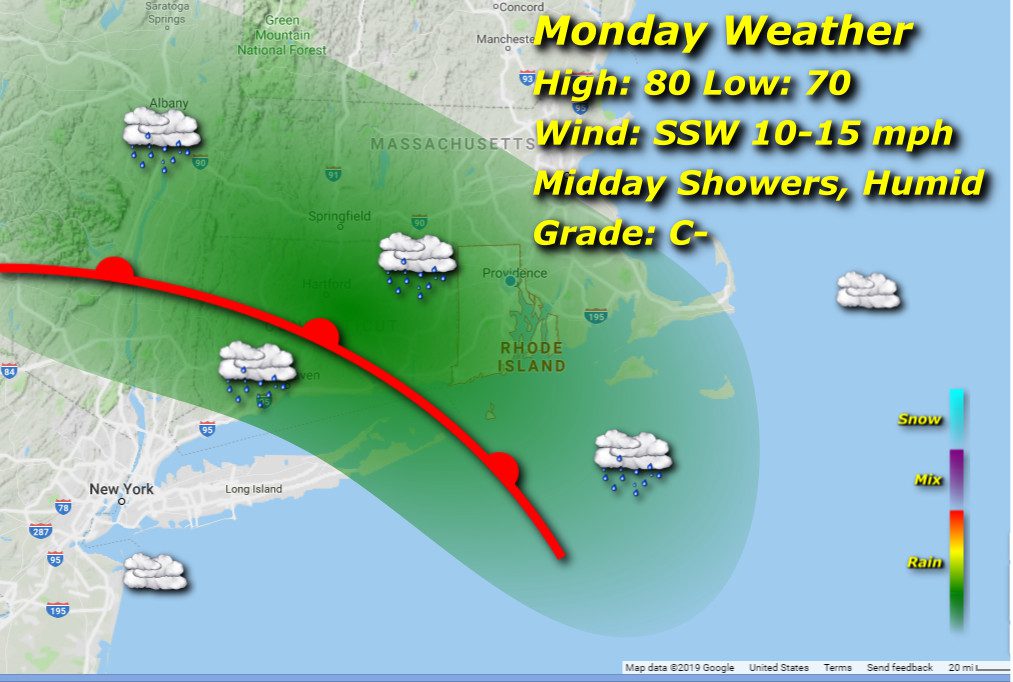 A warm front moves in from the southwest bringing high humidity, clouds and midday showers that may last into the afternoon. Southerly winds gusting to 25 mph keep the moist air rolling in ahead of the cold front that won’t make it through until Tuesday. Morning lows around 70 with afternoon highs around 80.