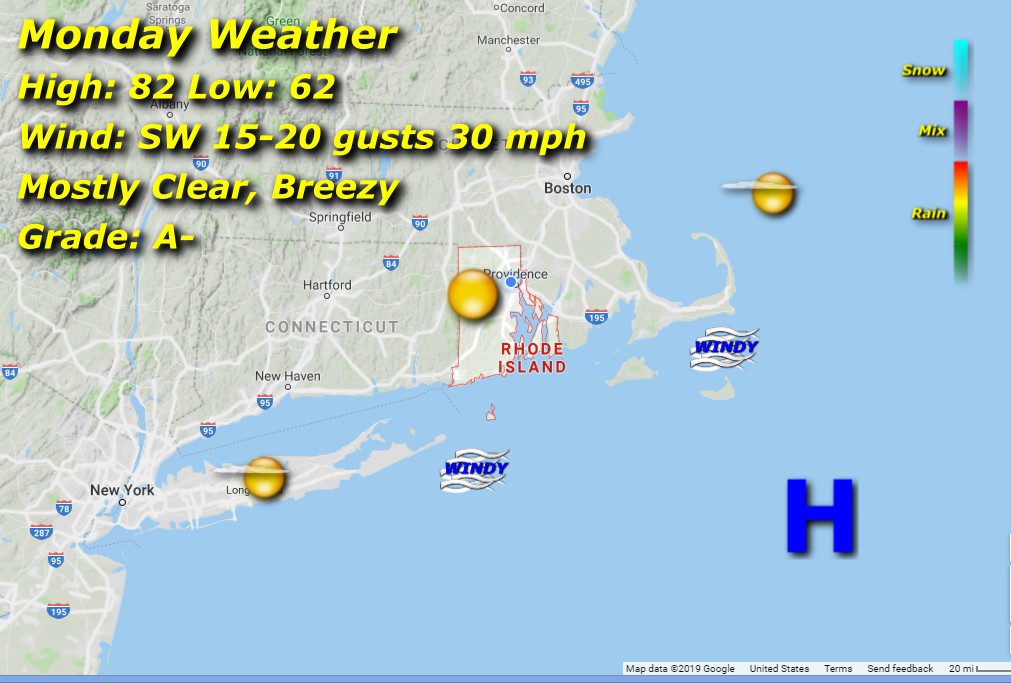 High pressure remains in control, mostly, but low pressure over southeastern Canada will press in and increase the pressure gradient, which means some breezy conditions headed in for the afternoon. Gusts around 30 mph out of the southwest blow the treetops around, but nothing more significant than that, unless brilliant sunshine is considered significant. Morning lows in the low 60’s warm to the low 80’s.