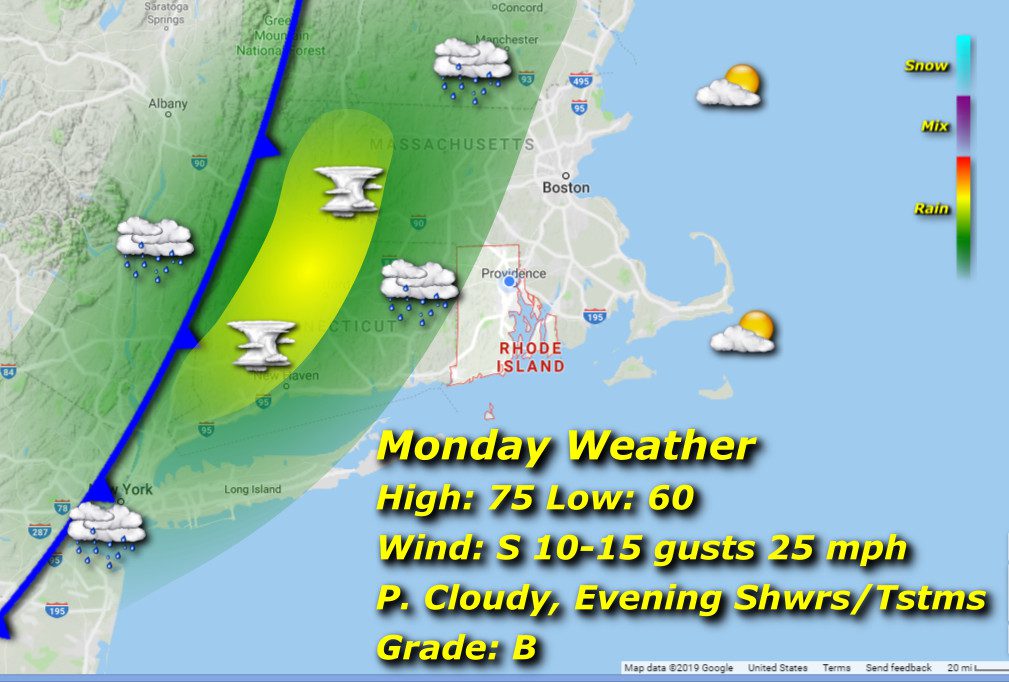 Storm system over the mid-west moves closer to the area through the day, with the chance for some evening showers and maybe an embedded thunderstorm or two in the western distance. Morning lows around 60 rise to the mid 70’s with partly cloudy skies and a southerly breeze gusting to 25 mph. Best chance for rain/tstms will be after 8 pm.