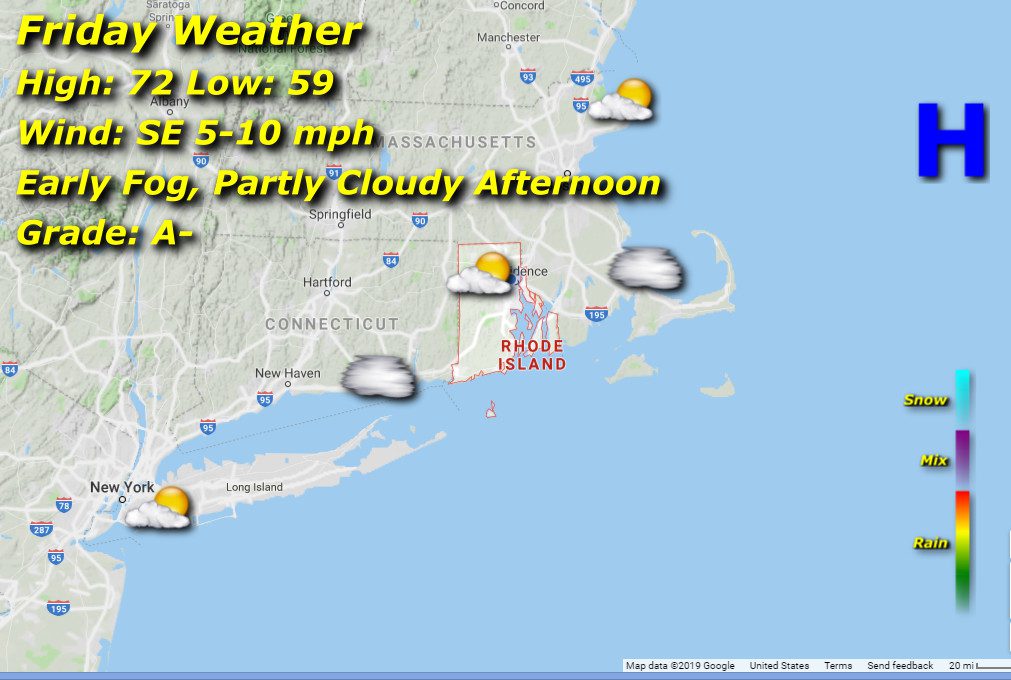 High pressure slides a bit east, with southerly breezes bring more low level moisture to the area. Should see some at least light fog and low stratus, maybe some drizzle in the morning that will break up and lift just before midday as temps warm to the low 70’s 😉 . Morning lows in the upper 50’s, and winds should remain 10 mph or below.

Overall nice, but it is Friday the 13th.