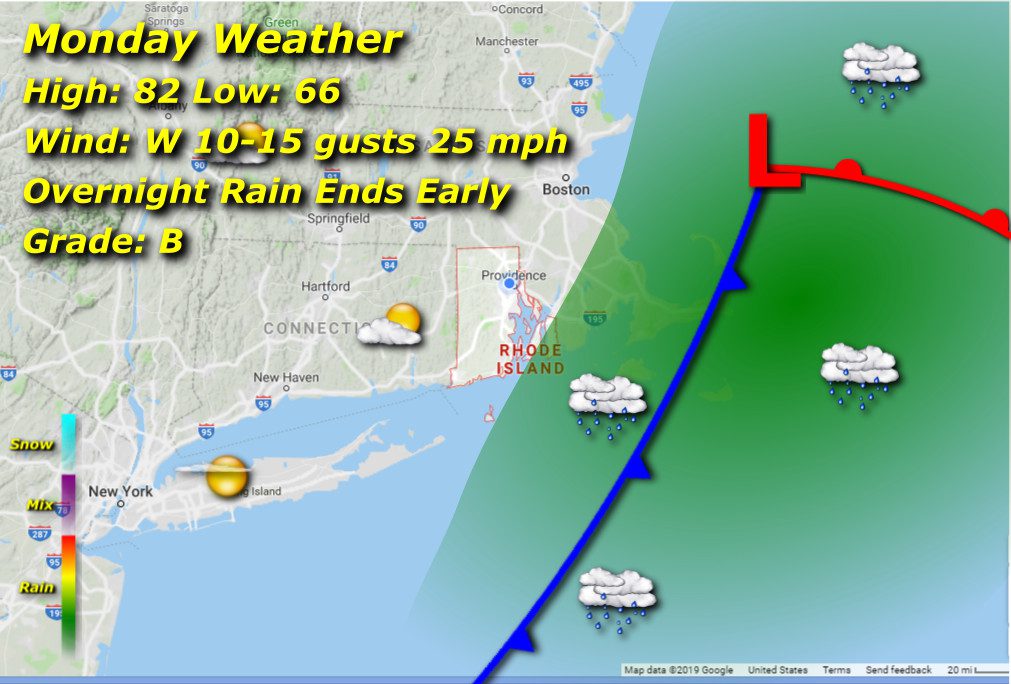 Early morning boomers come with a cold front passes through early after some overnight rain ends by sunrise. Winds shift to westerly behind the front with drying and partial clearing occurring through the afternoon, so on average, a pretty nice day. Morning lows in the mid 60’s rising to the low 80’s in the afternoon.