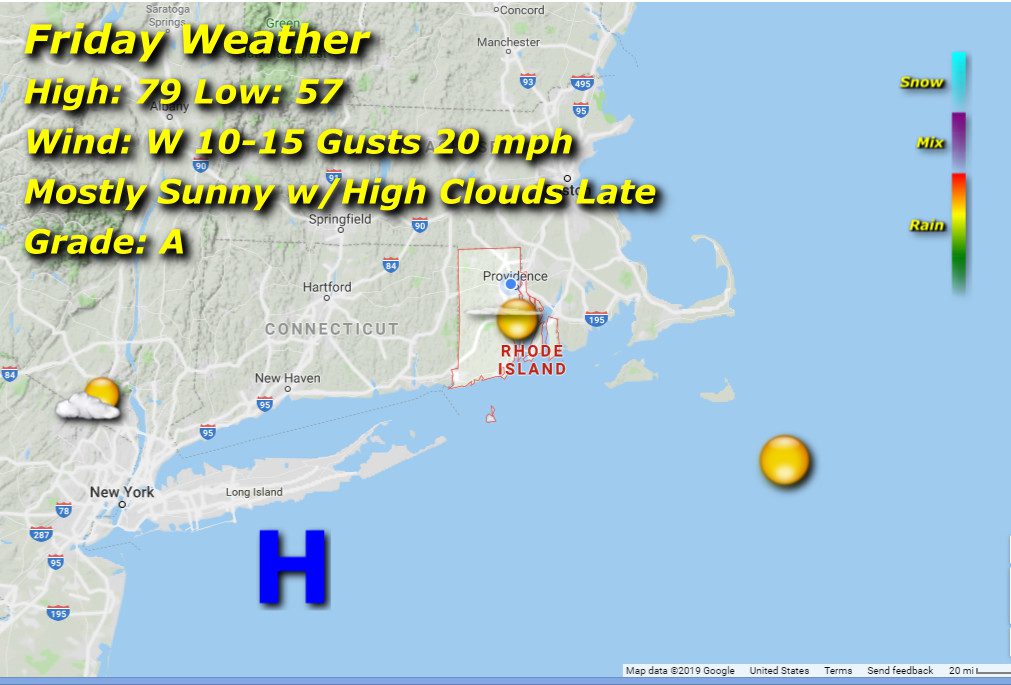 High pressure builds in with some nice weather for us through most of the day. We will see some high clouds filter in later on in the day blown off from a large convective complex of storms over the Mississippi Valley. Morning lows in the upper 50’s rise to the upper 70’s with a westerly breeze.