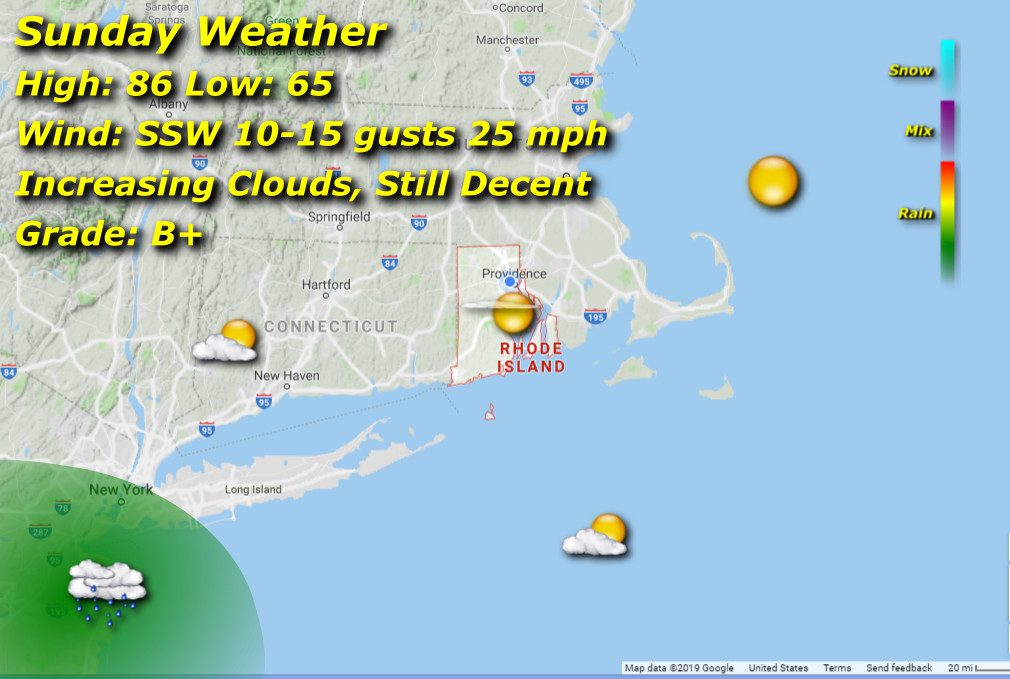 A sunny start with lows in the mid 60’s begins to cloud over later in the afternoon ash highs once again hover in the mid 80’s with a southwesterly breeze. Any showers should pass to our south late in the night.