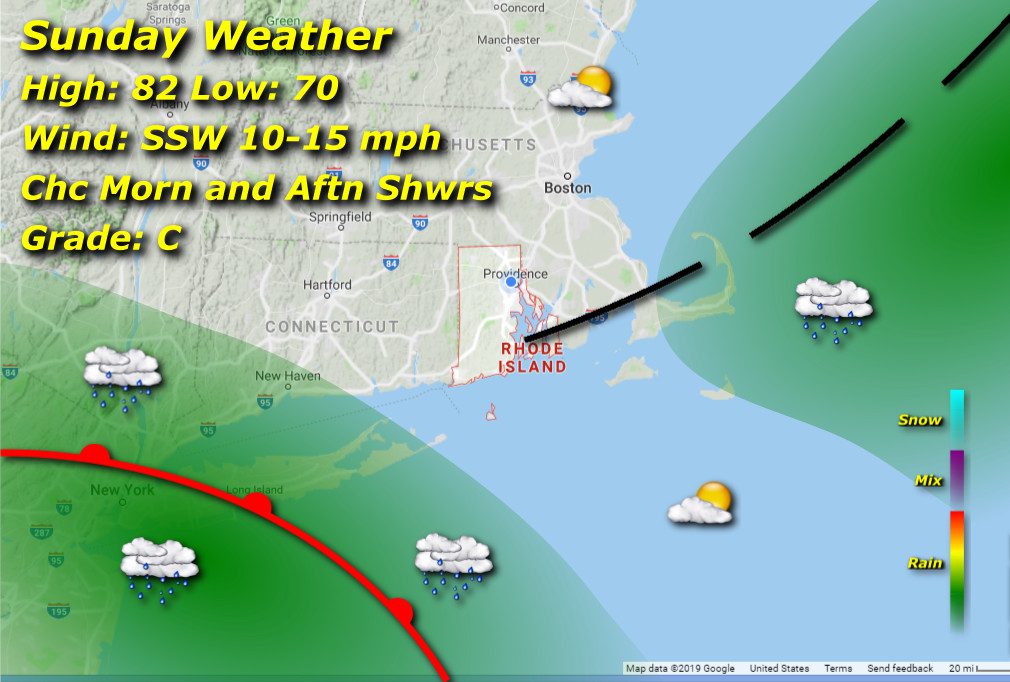 A developing warm front to our southwest creeps closer during the day with the chance for additional light showers later in the morning before moving to our east. Morning lows around 70 rise to the low 80’s with a southerly breeze.