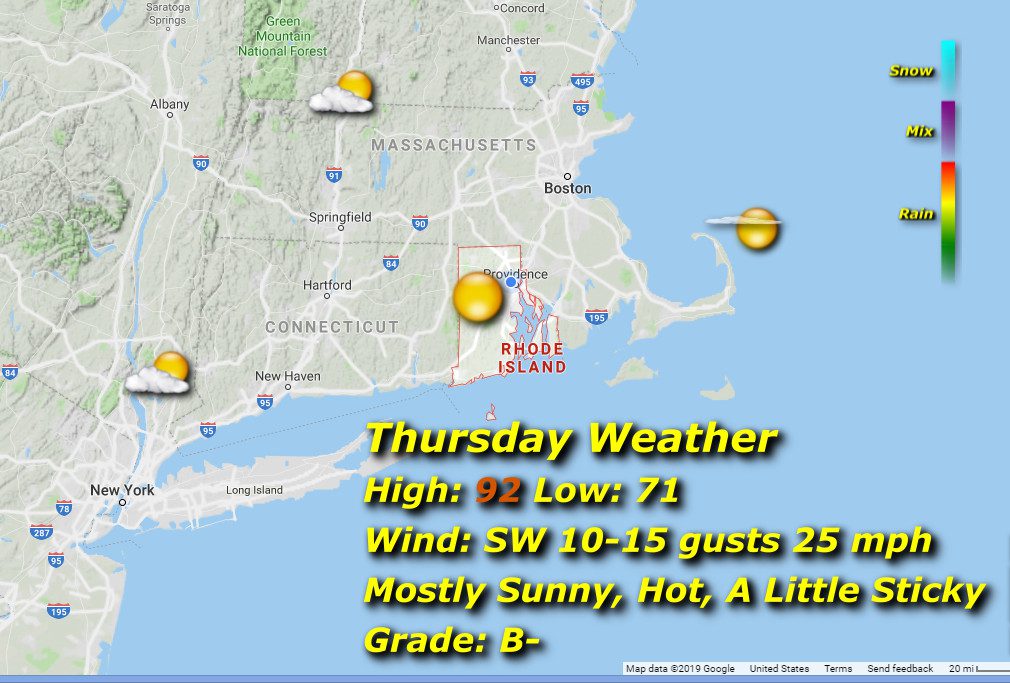 A lot like yesterday, only hotter. Morning lows in the low 70’s followed by afternoon highs in the low 90’s with a southwesterly breeze gusting to 25 mph. Some clouds may roll in later in the evening with showers well to our northwest.