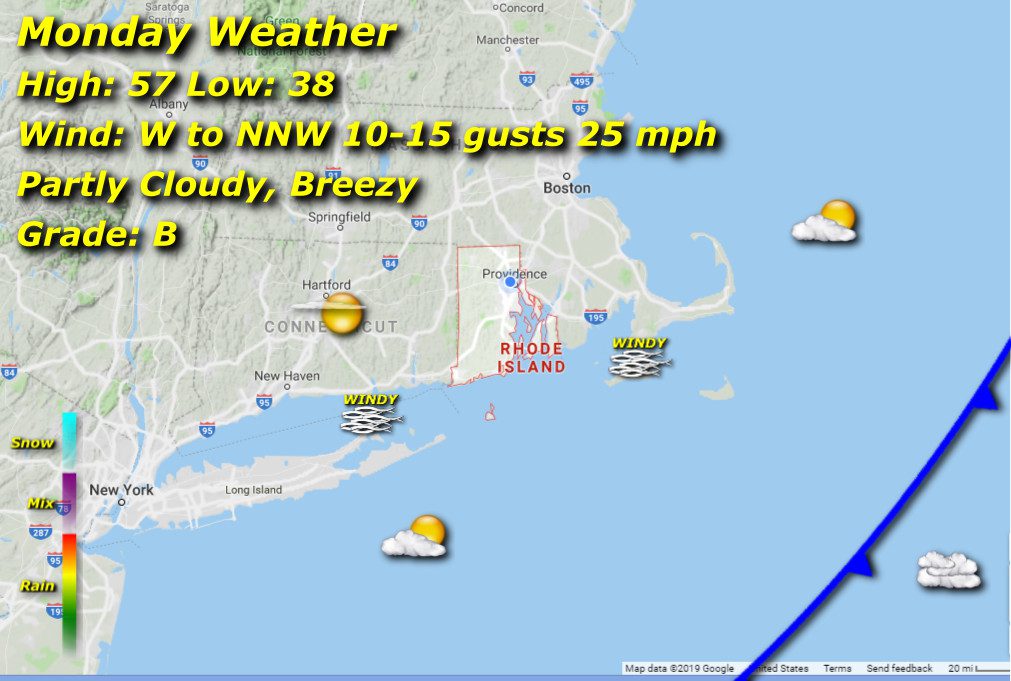 A cold front passes in the night with rain ending around midnight, coinciding with the high temperature for the day in the upper 50’s. Cooler air gradually infiltrates the area as cloud cover and humidity diminish. By the time evening arrives, temps will be dropping through the upper 30’s. Winds will gust through the day as they shift from westerly to north-northwesterly, weakening after sunset.