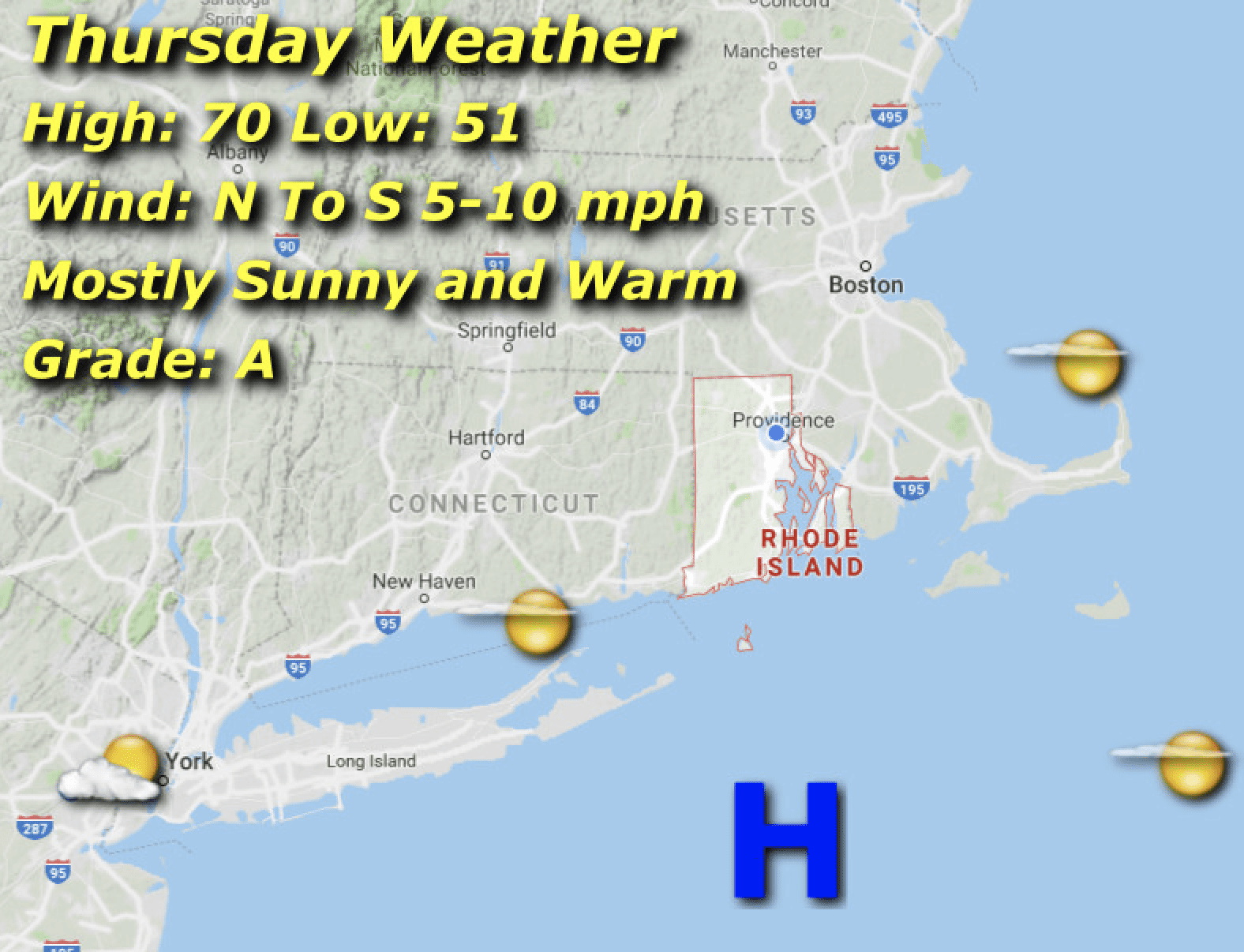 High pressure takes over for a day with nice warmth during the afternoon, highs around 70 from morning lows in the low 50’s. Some late afternoon cloud cover moves in, but no rain expected. Winds will be light and shift from northerly to southerly by the end of the day, adding low level moisture that may result in some overnight mist.