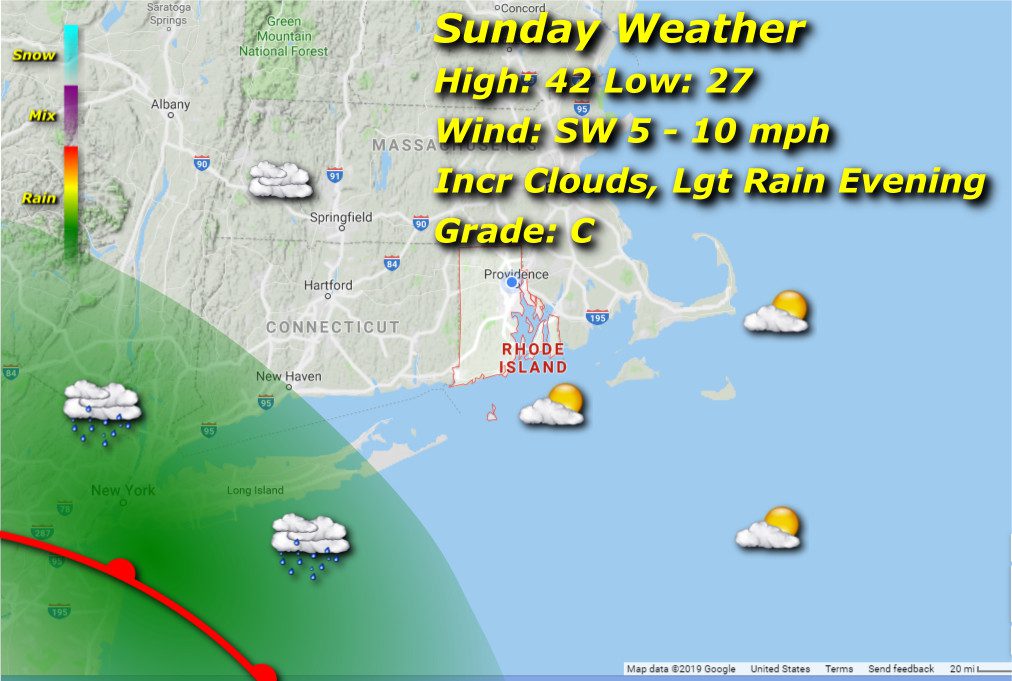 Low pressure developing over the southeastern US gradually makes progress with some overrunning rain ahead of the storm’s warm front on our doorstep by late afternoon/early evening. Before then cloud cover will thicken during the day as temps rise to the low 40’s from morning lows in the mid and upper 20’s with a light southwesterly breeze.