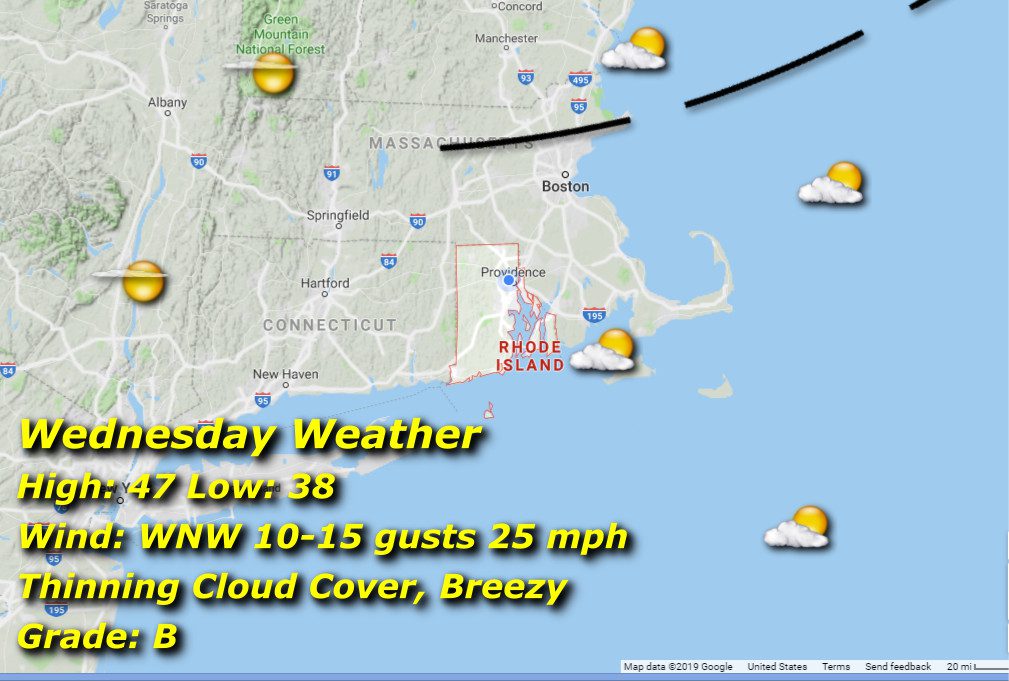 A surface trough left over from the occluded front that passed remains to the north and helps funnel winds out of the west-northwest gusting to 25 mph. Cloud cover will trend towards decreasing, and afternoon temps once again above normal, highs in the mid and upper 40’s from morning lows in the mid 30’s.