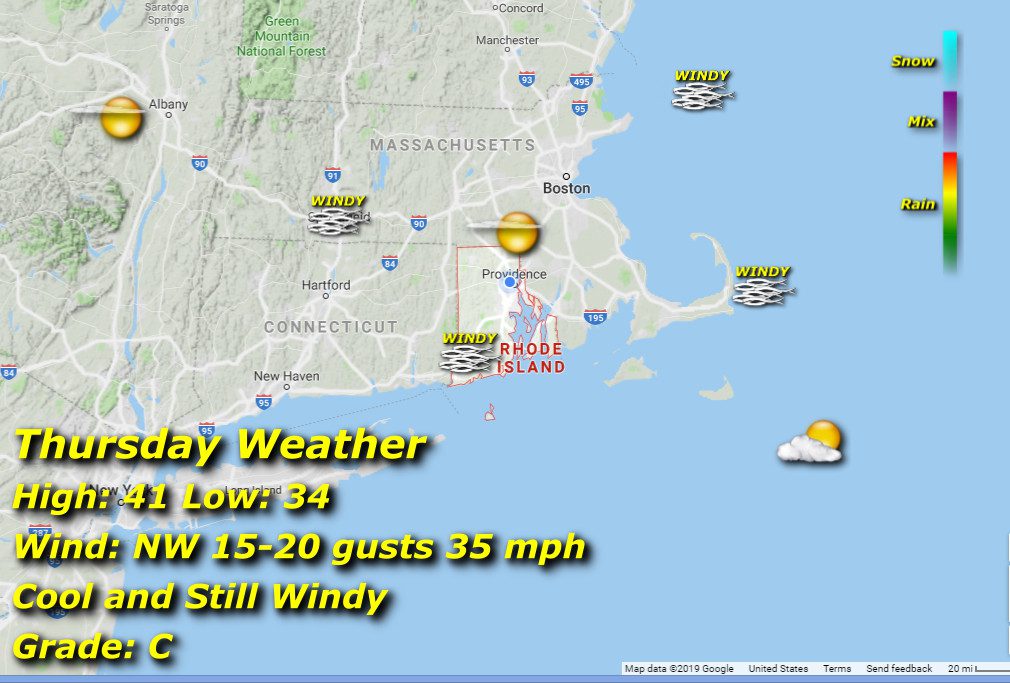 Cool air rushes in behind the cold front that will be well out to sea upon daybreak, northwesterly winds still gusting through the day to 35 mph, so there’s potential for more downed limbs and power outages. Brisk morning and evening lows in the mid 30’s surround chilly highs in the low 40’s during a sparsely clouded afternoon.