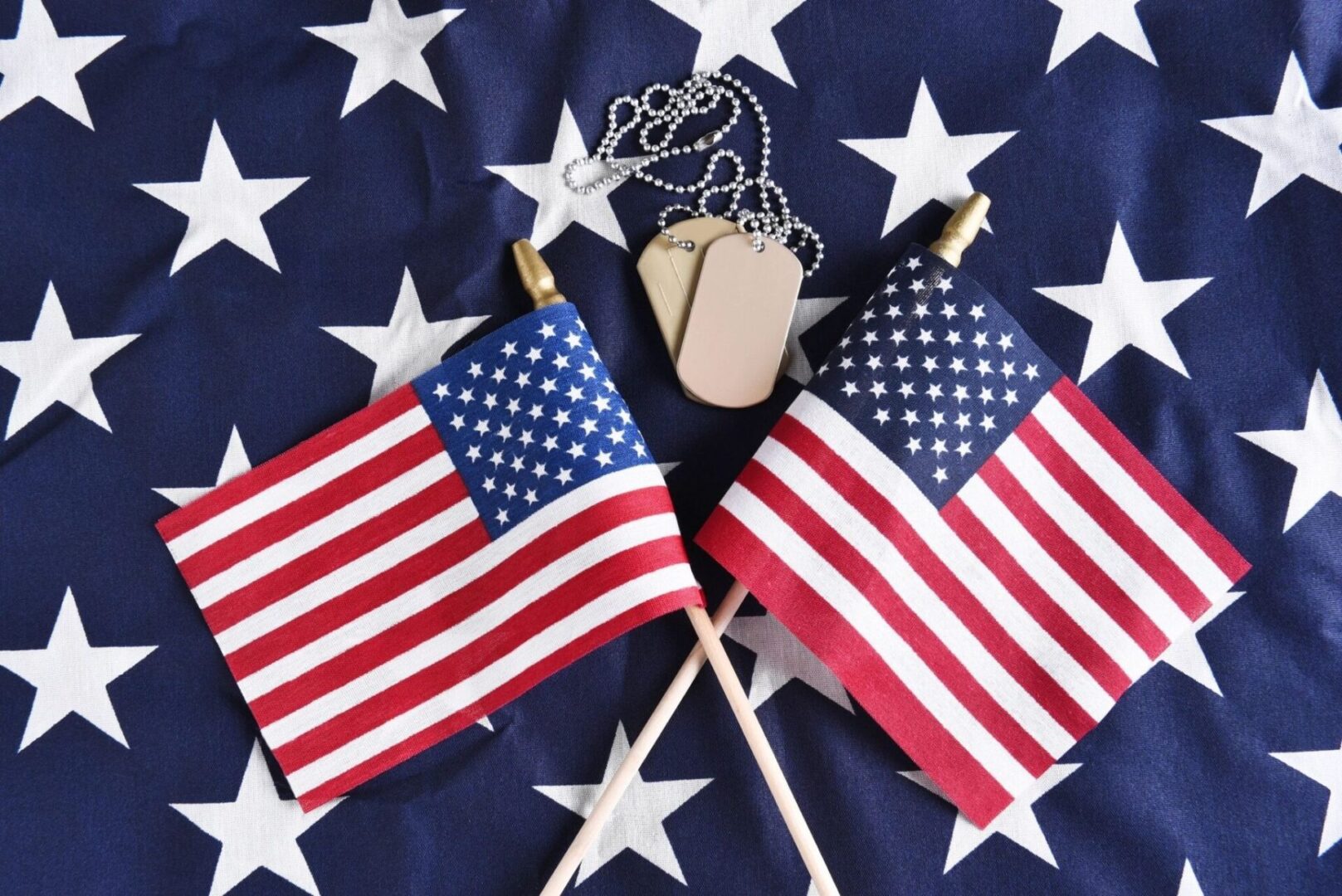 “THE MEANING OF COINS AT VETEANS’ GRAVESITES”

Did you know a coin left on a veteran’s gravestone is a message to the deceased veteran’s family that someone has visited their grave and paid their respects? Each type of coin left on the top of the headstone for the veteran has its own meaning. Here is what each denomination means:

Nickel means that you and the deceased soldier trained at boot camp together.

Dime is you served with the soldier; you leave a dime.

Quarter is very significant because it means that you were there when that soldier was killed.

The tradition of leaving coins on the headstones of military men and women can be traced to as far back as the Roman Empire. However, it became popular in the United States during the Vietnam War. It is believed it was a way to show respect without getting into an uncomfortable political discussion about a war that was very controversial. Some Vietnam veterans would leave coins as a “down payment” to buy their fallen comrades a beer or play a hand of cards when they would finally be reunited.

According to the Rhode Island Office of Veterans Services, as happens at most cemeteries, items are left on graves and graveside at the Rhode Island Veterans Memorial Cemetery (RIVMC), coins included. Coins are against the RIVMC Adornment Policy (attached), and this is standard policy across National and State Veteran Cemeteries. However, violating a policy instead of continuing tradition started far back in the Roman Empire doesn’t discourage veterans paying their respect to a brother or sister, exactly why when visiting national and state veterans cemetery sou see coins at veteran grave markers.

Now you know the meaning of the coins left behind.

Q1 What should I do if I received an other than honorable, bad conduct, or dishonorable discharge?

If you’ve received one of these discharge statuses, you may not be eligible for VA pension benefits. Operation Stand Down, (401) 383-4730, provides free assistance to apply for a discharge upgrade or go to va.gov.

Q2 How do I apply for VA Healthcare?

All Veterans are encouraged to enroll in the VA Health Care System.
You can apply online at https://www.vets.gov/health-care/apply/ or call an eligibility and enrollment specialist at 401-273-7100 ext. 12496 during normal business hours.

Or you may print the Application for Health Care Benefits form and mail it to us at:

You can also bring the form to the Medical Center. The Eligibility Office is located on the ground floor of the main hospital building near the main entrance.

Whether mailing or bringing your application, please include the following items:

VA encourages all Veterans to apply in order to determine their enrollment eligibility.

VETTIP. In my opinion and experience, your best bet is to go to Providence VA Medical Center, 830 Chalkstone Ave, Providence with your DD214 and a form of identification and a VA representative will assist you in registering.

Q3 How to Apply for a Discharge Upgrade

Answer a series of questions to get customized step-by-step instructions on how to apply for a discharge upgrade or correction. If your application goes through and your discharge is upgraded, you’ll be eligible for the VA benefits you earned during your period of service.

All branches of the military consider you to have a strong case for a discharge upgrade if you can show your discharge was connected to any of these categories:

Sexual assault or harassment during military service (at VA, we refer to this as military sexual trauma or MST)

Sexual orientation (including under the Don’t Ask, Don’t Tell policy)

Can I get VA benefits without a discharge upgrade?

Even with a less than honorable discharge, you may be able to access some VA benefits through the Character of Discharge review process. When you apply for VA benefits, we’ll review your record to determine if your service was “honorable for VA purposes.” This review can take up to a year. Please provide us with documents supporting your case, similar to the evidence you’d send with an application to upgrade your discharge.

You may want to consider finding someone to advocate on your behalf, depending on the complexity of your case. A lawyer or Veterans Service Organization (VSO) can collect and submit supporting documents for you. Find a VSO near you.

Note: You can ask for a VA Character of Discharge review while at the same time applying for a discharge upgrade from the Department of Defense (DoD) or the Coast Guard.

If you need mental health services related to PTSD or other mental health problems linked to your service (including conditions related to an experience of military sexual trauma), you may qualify for VA health benefits right away, even without a VA Character of Discharge review or a discharge upgrade.

COVID-19 vaccinations are available on a walk-in basis Monday through Friday 8am-2pm on the second floor C wing.

There’s been a lot of news reporting about reducing or eliminating the need for face masks, HOWEVER, the Providence VA Medical Center still has a mask mandate in effect. If you plan to visit us here at the VA Hospital, please wear an acceptable mask or cloth-face-covering while on the grounds or in the hospital. Please check back often for updates on this policy – but for now, keep that mask on!

Friday – Sunday, May 28th – 30th, 8AM – 8PM, and Monday, May 31st, 8AM – 6PM, 4-day event, “The Boots on the Ground for Heroes Memorial”, Fort Adams State Park, Harrison Avenue, Newport.  Free admission for all.  Masks are required.  To become a sponsor of the memorial please visit https://osdri.charityproud.org/EventRegistration/index/5296.

The National Memorial Day Concert will air May 30 on PBS, hosted by Tony Award-winner Joe Mantegna and Emmy Award-winning actor Gary Sinise. The concert airs from 8-9:30 p.m. ET, as well as to troops serving around the world on the American Forces Network. The concert will also be streaming on Facebook, YouTube and www.pbs.org/national-memorial-day-concert and available as Video on Demand, May 30 to June 13.

The concert features all-star performances and tributes from Washington, D.C. and around the country honoring all of our American heroes. Because of the ongoing COVID-19 pandemic, the traditional live concert on the West Lawn of the U.S. Capitol will not be held. The special pre-taped 90-minute presentation of the 32nd annual concert honors men and women in uniform, their families at home and all those who have given their lives for the country. A three decades-long tradition, this night takes people back to the real meaning of the holiday through personal stories interwoven with musical performances by the National Symphony Orchestra and guest artists. The 2021 concert will share several stories.

The concert will honor the more than 265,000 women who served during the Vietnam War era and pay special tribute to the sacrifice and heroism of the nurses who served in Vietnam, saving thousands of lives and comforting the dying in their final moments. The experiences of Diane Carlson Evans, founder of the Vietnam Women’s Memorial in Washington, D.C., will be shared.

70th Anniversary of the Korean War

The features an appearance by actor Joe Morton.

Now, 70 years after the Korean War, the concert will pay tribute to the more than 1.7 million Americans sent to fight in this brutal conflict, and the over 36,000 American lives lost. No group exemplified the courage and heroism of our fighting forces more than the 2nd Ranger Infantry Company. Taking on dangerous assignments, serving with distinction and honor, this elite Airborne unit was the Army’s only all-black Ranger Infantry Company. On the cusp of our military’s integration, these trailblazing heroes changed attitudes, and opened possibilities for all African American men and women in uniform.

This Memorial Day, in a segment hosted by Steve Buscemi, the concert will commemorate the 20 years since the Sept. 11, 2001 terror attacks. The event will honor all those who died that tragic day and in the 20 years since in service to the nation. Many Americans joined the all-volunteer armed forces. The concert will honor these service members and their families affected by a generation at war. The event will share the poignant story of one Gold Star Family.

Following the horrific 9/11 attacks, Joseph Phaneuf II was inspired to rejoin the National Guard. He soon deployed to Iraq and then Afghanistan. After five years of service, Phaneuf died in December 2006, of injuries suffered when an IED detonated near his Humvee. Left to grieve were his wife Michele, a son and two young daughters. Since his untimely passing, Michele and Jordan, who was only 9 at the time, remember him and the sacrifices he gave for his country.

Also participating are members from the Army, Navy and Air Force bands, and Service Color Teams provided by the Military District of Washington, D.C.