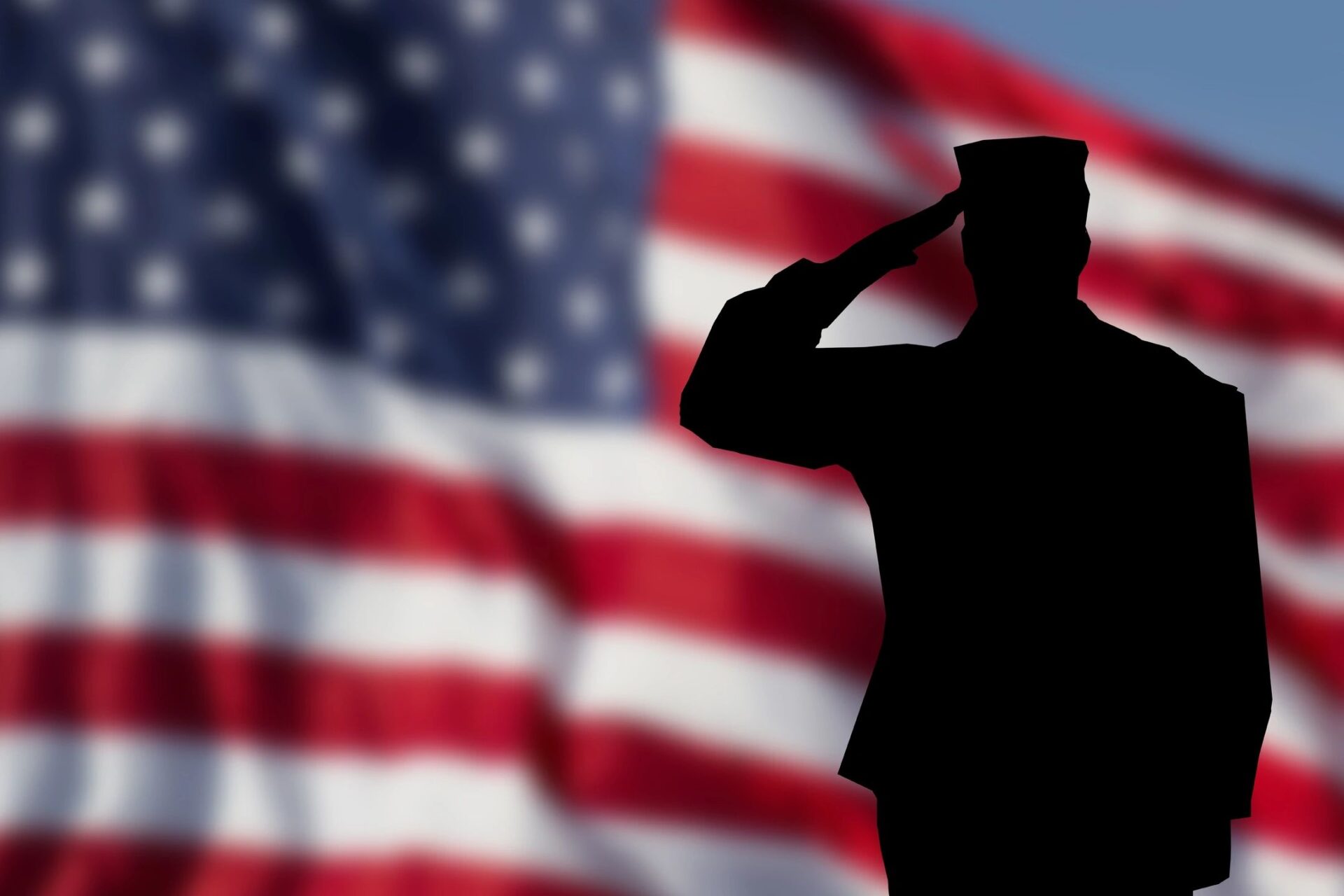 Did you know unlike our bordering states of Connecticut and Massachusetts, Rhode Island taxes military retirees pensions?

The light at the end of the tunnel appears closer for the estimated 5,222 military retirees residing in the State of Rhode Island who are required to pay taxes on their military retirement pensions, unlike retirees in Connecticut and Massachusetts which exempts military pensions from state income tax.

Governor Dan McKee, legislators, veterans, and supporters rallied at the state house and have testified before the House and Senate Finance Committees in support of the Governor’s FY budget proposal that would exempt military pensions from state income tax.

from the state’s income tax. Moreover, a budget was balanced despite introducing “reducing” state income tax being paid by military retirees.

During the Governor’s speech at one of the rallies that were held, Governor McKee said he had a conversation with Tony Dequattro, of Operation Stand Down Rhode Island. “He told me this has been a 40-year effort, I did remind him , how long have I been Governor doing the work.”

Last week RINEWSTODAY reviewed four veterans, retired officers who make over $100,000, and for each and every one savings from exempting their military pensions from taxes would be offset in sales tax and fuel tax they would pay to the State of Rhode Island from their increased disposable income. Let’s be clear, RINEWSTODAY analysis shows the State of Rhode would be having a positive tax revenue benefit by exempting military pensions.

RINEWSTODAY located a former Rhode Island, Master Sergeant Ralph Lataille, who relocated in 1993 to South Carolina a few years before his retirement from the U.S. Army. “Knowing my military pension was going to be taxed was one of the main reasons I chose to move to South Carolina,” said Lataille.” Sadly, in my home state, veterans do not consider Rhode Island to be a military retiree’s friend.”

Lataille retired in his early forties from the military and although he would be receiving an estimated $27,000 military pension, he still needed to work and wanted to work. After retiring, Ralph began working as a School-to-Career professional for the Beaufort County School District while collecting his military retirement.

According to a US Bureau of Labor Statistics press release, in September of 2021, if Lataille did not relocate to South Carolina, he would have paid an additional $4.681 in local property taxes and an additional $148 in fuel taxes.

“I’m pretty settled into South Carolina, however, I miss my friends and family in Rhode Island, and returning would be something I would consider if Rhode Island became more military-retiree friendly.” said Lataille, “Exempting military pensions from state income tax is a huge step forward.”

If Lataille was one of the 10,000 veterans that either left the state or died during the time period 2010 to 2020, the State of Rhode Island and local governments would add estimated $8,393 in tax revenue, for a small investment of an estimated $1,177 it would lose by exempting military pensions.

Lataille returns to Rhode Island from South Carolina and continues to work after passage of exemption of state income tax The State of RI gains:

Because Lataille relocated in 1993, state and local tax revenues have lost an estimated $153,000 since he relocated.

Let’s assume the 5,000 of 10,000 decline in veterans is intertwined with veterans choosing other states because of the taxing of their military pensions, Rhode Island loses an estimated $42 million a year due to military pensioners retiring and relocating due to the state income tax on military pensions.

Moreover, due to the decline in veterans, Rhode Island could lose allocating of funds for providing health care services at the Providence VA Medical facility.

In South Carolina, veterans currently receive a partial tax exemption on their military benefits, which they receive if they have served at least 20 years. However, South Carolina and Georgia both have bills pending to fully exempt military pensions for military retirees. As of January 2022, 35 other states than North Carolina, Tennessee, and Florida have passed full exemptions, while Georgia, another partial-exemption state, is currently considering moving to a full exemption as well.

March 24, 2022, 2pm, Rhode island Veterans Home, Bristol, RI, women veterans and active-duty women are invited to the annual tea event which also will recognize Women’s Military History. All Military Active-Duty Women and Women Veterans are invited to the RI Veterans Home to honor and celebrate the annual tea. All services, all eras, all wars – please come and enjoy coffee, tea and refreshments. Recognize Women’s History Month by telling your stories or listen to stories of women who served in the Military and women who served their country in many ways, leaving a legacy of achievements.

Applebee’s – Military Discount. With more than 2,000 locations, Applebee’s is a family grill restaurant. Applebee’s gives 10% off for active duty and veteran. Last verified 07/31/2021

Bass Pro Shops –  Offers a 5% discount to active-duty military, reservists, and National Guard. Sign up and verify your status online or bring your military ID when you shop at your nearest Bass Pro store (source).

Lowes – Enroll in the Lowe’s Military Discount Program to activate your 10% discount. “Our way of saying Thank You” to our active duty, retired and military veterans and their spouses with a 10% discount on eligible items.

Verification of your military status is fast and easy through our partner, ID.me. ID.me is our trusted technology partner in helping to keep your personal information safe.

GameStop – is offering a 10% in-store military discount on all pre-owned products, collectibles, and select new products. Available to current and former military members who bring any valid proof of service or when they verify through ID.me

Home Depot – Offers a 10% off military discount on regularly priced merchandise for in-store purchases for active duty, retired military, and reservists at participating locations. Customers are required to show a valid government-issued military ID card to redeem this offer.

Kohls – 15% discount offers for active military, veterans, retirees, and their immediate family members a 15% discount on purchases made on Mondays, in store only. In order to receive the military discount, eligible customers must present proper identification along with any tender type.

Jiffy Lube – HONORING VETERANS ALL DAY EVERY DAY! We didn’t want to wait for Veteran’s Day to express our appreciation and gratitude for your service. That’s why every Team Car Care owned and operated Jiffy Lube® service center is offering our BEST discount of 15% OFF as a “Thank You” to the men and women of our Armed Forces for their service to our country. *Disclaimer*- I.D. required. No coupon is required. Excludes batteries and brakes, alignment, and diagnostic services. Available only at select locations – Tioque Ave, Coventry RI – Bald Hill Road, Warwick RI – Park Ave, Cranston RI

Michaels – offers a 15% off military discount on the entire in-store purchase including sale items for active duty, retired military, guard, reservists, veterans, and family members. How to get –

2.  Get Verified. Provide your military information to get verified instantly.

3.  Go Shopping! To use your discount online and in store, just sign into your account or provide your Michaels Rewards phone number at checkout.

If you are a retailer and or a veteran aware of a business not listed above, please forward , itamri4vets@gmail.com:  the business’s name , location, and military and veteran discount offered.