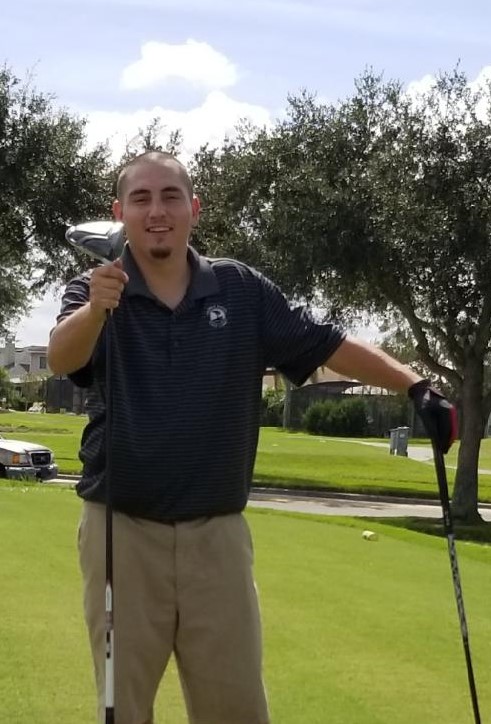 Golfers take to the links to help raise money and support the Rhode Island Slow Pitch Softball Hall of Fame.

On October 17th on an overcast, rainy Saturday morning, 76 golfers marched to the registration table at Triggs Memorial Golf Course in Providence to check in to play in the Rhode Island Slow Pitch Softball Hall of Fames inaugural golf outing.

“This has been on the drawing board since last winter” said Hall of Fame Vice President Bob Berard, “because of the pandemic we had to delay the original date which was originally scheduled to take place in July. Restrictions that were in place at the time would have made it impossible for us to have an event of this size, so we just waited it out.”

The theme of the event was, “if you hold it, they will come!”. And that they did. 76 golfers, braved the iffy weather in these uncertain times. Call it pandemic fatigue or cabin fever, but 69 men and 7 women took to the links and played through what looked to be a questionable day on the weather front, but as the first golfer teed up to start the outing, the rain stopped and within an hour after the outing began the sun broke through and the day became a postcard perfect Fall day.

The event was originally created by the Hall of Fame executive board committee as an additional recreational event for inducted Hall of Famers to get together in a social setting with future Hall of Famers. “Softball in this state is a popular sport for men and women of all ages.” Said Board member Kirby Murphy, “when the Hall of Fame was created it was an instant hit with everyone involved with the game, and the popularity continues to grow! Even a worldwide pandemic didn’t even slow down the momentum that the Hall of Fame has started!”

Newly named Hall of Famers such as Paula Vitulli, Benny Coletta, Rick Sousa, Roland DeCesesre and Bob Berard were joined by past Hall of Famers Anthony Calarbro, Donna Sunderland, Norm Levesque, John Cardullo, Kirby Murphy, Bill Langlois, John Vitulli, Tracy Lee Miller, Brenda Morrison and Dave Marland. All participated in the event and acted as hosts for all the other players who joined in and took their game onto the golf course. “The day turned out just the way we imagined,” said Murphy, “except for the rain that left as we teed off, it was a great day for the inductees and members of the Hall of Fame, and all the players who had come to play. The play on the course flowed and the dinner that was served, a rib BBQ, was the way to end a perfect day and event.”

The prizes that were handed out included Watches and Bracelets for both the men and women’s winners, plus there were gift certificates and collectable items donated by local golf courses throughout Rhode Island. “The money raised went 100% to keeping the Rhode Island Slow Pitch Hall of Fame funded and up and running. We are a nonprofit organization, and we rely on events like this to fund the rings and other items that go to the inductees.” Berard concluded.

Established in February 2018, the Rhode Island Slow Pitch Softball Hall of Fame inducted 33 players, both men and women, coaches, sponsors, directors and umpires in front of a standing room only crowd of 350 people at the Cranston Country Club. In 2019 the Induction was moved to the Crowne Plaza in Warwick, and that class inducted 24 more people and had a crowd of 400 total. This year’s induction dinner which has 23 more inductees was scheduled for November 8, 2020, but the pandemic has caused a postponement of the event which is expected to draw another crowd of 400 guests.

The 2020 Class of Inductees are, in the Umpires category: Frank Foster and Mary Hughes. The Director being inducted is Don Laroache from Woonsocket.  Sponsors that will be inducted are Poochie Angell, Ray Conroy, Don Francios, Richard Brindle and Al & Sal Conti. The Coaches who will be heading to the Hall will be Joseph Pingatore, Kevin Clancy and Mike Finnegan. In the Women’s wing will be Wilma Briggs, Robin Ramey, Paula Vittulli and Lori Palagi. Finally, entering the Hall in the Men’s players wing are, Bob Berard, Benny Aceto, Anthony “Tony Rome” San Antonio, Benny Colletta, Roland Decessere, Ken Franklin, David “Doc” Leatch, Robert Santos and Rick Sousa.

“This whole Hall of Fame thing has grown bigger and better than we first imagined.” Berard said, “people are responding in an incredibly positive way and sending in applications for those candidates that they think are worth consideration. We hope that when the pandemic has passed, we will be able to have this golf outing as well as the two softball tournaments and the induction dinner. After all, this for anyone who has played softball in Rhode Island, is an exclusive club that is hard to get into, but if your fortunate to get in, you’re welcomed with open arms!”

RI Slow Pitch Softball Hall of Famer and Rhode Island softball icon, Kirby Murphy in the middle is joined by Thomas Pannone of the Toronto Blue Jays and Michael King of the New York Yankees, Enjoying themselves at the RISPSHOF Golf Outing.