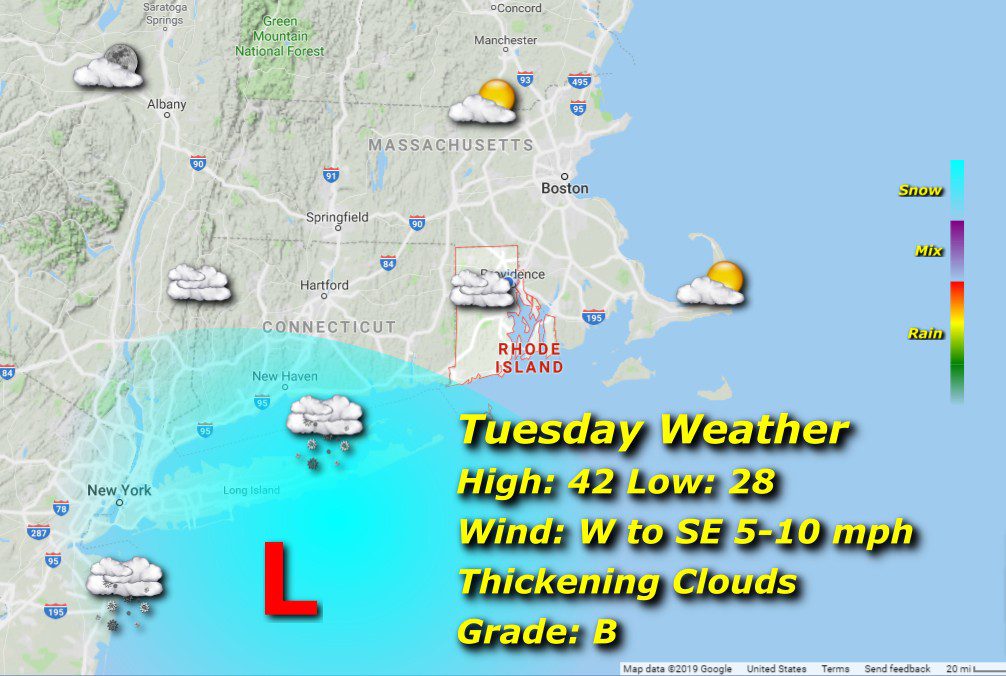 Low pressure developing over the mid-Atlantic will quickly roll east-northeast and pass to the south of southern New England late Tuesday into Wednesday morning. Cloud cover will thicken and lower through the day ahead of the approaching system, with light snow developing later in the evening. Accumulations of a dusting to an inch possible as of now, which would cause problems for Wednesday’s commute, but things could change.

Expect a partly sunny morning with a low around 30 and a cloudy afternoon high in the low 40’s. Generally light winds will begin westerly and gradually shift to southeasterly as the low pressure system approaches.